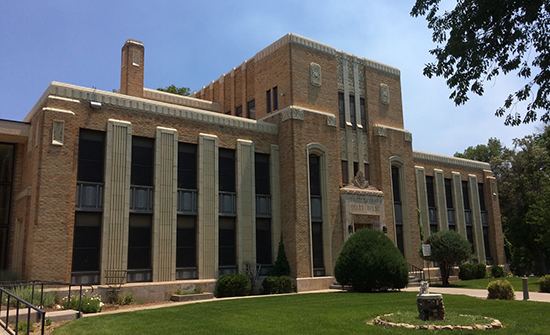 The Chaffee Board of County Commissioners (BoCC) met in regular session at 9:00 a.m. Tuesday, Feb. 15, and among their agenda items was the review of the Sage Heights Major Subdivision Preliminary Plan and Final Plat. Only two commissioners were present, with Commissioner Keith Baker in Washington for a national conference of counties.

For those who were confused about the meeting access, the meeting was done in error, under a different Zoom than was publicized on the agenda. This is the embedded calendar Zoom location:  https://zoom.us/j/109079543

A lengthy public hearing ended in BoCC approval to proceed with the Sage Heights development, but only after several changes and deletions were made from the conditions proposed by the Chaffee Planning Commission. The motion to approve included the provision to prepare a resolution for consideration on March 1, 2022.

The request was to subdivide a rural parcel (Parcel 2, or remainder parcel) of the Bainbridge Heritage Water Subdivision Exemption, and the Eggleston-Bainbridge Boundary Line Adjustment (approved to avoid crossing the arroyo but not yet recorded). The property located at 12506 County Road 190 E, outside Salida, is 30.9 acres.

Applicant Chris Bainbridge is proposing to subdivide it into fourteen (14) lots, ranging in size from 1.26 to 3.94 acres. Wells and on-site wastewater treatment systems will serve the property. A new low-volume road on a dedicated right of way will serve the subdivision.

Representative Mike Henderson made several comments regarding community input and the Planning Commission’s recommended conditions. He pointed out that the applicant originally began with two-acre lots, then when they received criticism for crossing the arroyo, they redid the subdivision to avoid that potential flooding area, and some of the lots within the major subdivision are now less than two acres, but still of substantial size.

Henderson noted that they had gotten the recommendations five days after the Feb. 2 meeting and that it now appeared the main concerns of neighbors, particularly of Albert Eggleston, was the pet dogs that might be “running wild”. He also raised the Right to Farm and Ranch policies, suggesting that the sights and sounds and smells of rural agricultural life need to be pointed out more strongly on the plat notes.  He added, “Chris and I both respect Albert Eggleston, but his wishes are to control the arroyo – now called a riverine wetland.”

County Attorney Daniel Tom agreed with Henderson that the plat parcels are the right depth, width and that a plat note would cover this, “The plat note was a condition of approval of the sketch plan,” said Henderson.

Henderson pointed out that they have done their best to comply with conditions and responses. “We got everything late – we got the CGS report just before the meeting,” he said, explaining that the depth and width, and curve of the arroyo is more than enough to handle the discharge of the water flow through it. He added that it would withstand a 25-year flood, but that they would provide the figures as soon as possible.

The plat now refers to the arroyo as a riverine wetland. “It means water that flows within a channel, within banks… it just doesn’t flow all the time,” said Planner Christy Barton. “The majority of the arroyo is off the property now.”

Given the parcel’s proximity to Colorado Parks and Bighorn Sheep and mountain goat habitat, no sheep or goats will be allowed in the subdivision to protect them from disease. A subdivision agreement will be required, as well as a road dedication. There was no public comment during the public hearing.

“This is a rural zone.  We had one Planning Commissioner wanting to table this until the new Land Use Code was done,” said Henderson.” The county attorney told him he couldn’t do that … I’m concerned about this, it’s kind of irregular some of the stuff that’s been done. This is a rural zoned area…most everything we do is in a rural zone.”

Commissioners addressed the conditions and requirements. “We appreciate the work you did with the Eggleston’s to keep them whole,” said Commissioner Greg Felt.

“To me, items two, five, six, and 11 could be eliminated,” said Commissioner Rusty Granzella addressing the list of conditions. “Three and four you’re doing roads. The other one, 12 about mature landscaping, well, in development it takes time to develop a  mature property.”

The BoCC also discussed and approved a few amendments to the current Land Use Code, specifically related to mailed notices to neighbors or interested parties when land-use changes are proposed, or development applications are submitted. Mailings will not be via first-class mail.  The approval included the preparation of a resolution they will review during their March 8 BoCC session.

While the BoCC had been slated to consider an appeal of an administrative decision to reject a short-term rental application for a property on CR 220 in Salida, the applicant notified them that they wanted all three commissioners present for the appeal. The hearing has been moved to March 1.