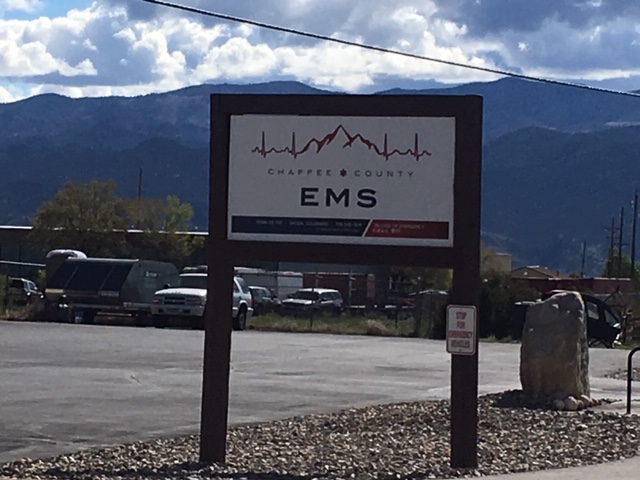 The Chaffee Board of County Commissioners unanimously approved a contract with Wold Architects and Engineers during their March 2 meeting to begin the design work on a new Chaffee County Emergency Services North Campus Facility to house the Sheriff’s Department and EMS. The not-to-exceed $30,625 contract is for a sketch plan and campus plan, that can then be used to apply for Department of Local Affairs (DOLA) grants for facility construction.

“As Chaffee County continues its rapid growth, with a greater number of both residents and visitors, increasing demands are placed on our county’s first responder agencies. This new facility for the Sheriff’s Office and EMS will position us to better serve the whole community’s emergency response needs across both ends of Chaffee County,” said Chaffee County EMS Director Josh Hadley. 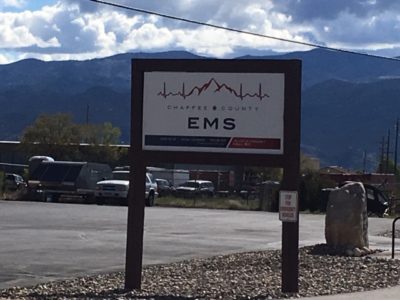 THE EMS location on the south end of the county is near the Chaffee Fairgrounds. AVV file photo.

The facility is slated for a two-acre site owned by the county between Steele Drive and Gregg Drive, on the eastern edge of the ACA Products, Inc. facility on the outskirts of Buena Vista. The project has been in discussion for the past few years; as the county continues to grow, the need for county safety and emergency service capability on the north end of the county is growing as well.

“Colocation of the county’s key agencies on the north end of the county will greatly improve our efficiencies and response capacity for the county. We look forward to these facility designs being developed throughout the spring so we can make this project shovel-ready later this year, ” said Chaffee Director of General Administration Bob Christensen.

The roughly 10,800 square foot, two-story facility, is envisioned to contain six bays; three for the Sheriff’s Department and three for EMS, plus bunk rooms that will allow responders to be on-site during extended shifts. This design means that the county will be able to respond more quickly to emergencies; at present, the crews sleep off-site and must assemble prior to responding to calls. 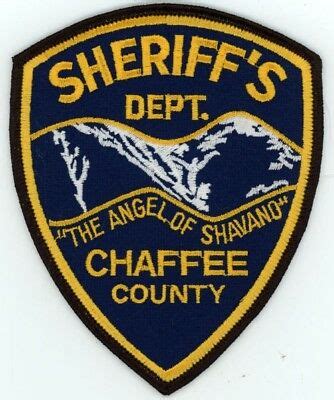 The facility design will also incorporate two other much-needed design features; a County Commissioners meeting room with a capacity for up to 70 people and a secondary Emergency Operations Center with space for emergency management training.

“The idea is a six-bay garage underneath, with sleeping quarters, a meeting room for the commissioners big enough to hold 70 people — that’s been an issue — a kitchen, and weight rooms,” said County Engineer Gary Greiner. “The idea is a contained facility. Everyone now stays off-site … it will increase the speed that EMS and the sheriff can get to a call– now they’re crossing U.S. 24, railroad tracks…”

Wold Architects and Engineers has been contracted to begin what is referred to as Schematic Design Phase Services for the initial building and campus layout, working in partnership with other Chaffee County-based engineering firms.

County staff has spent the past three months reviewing architect proposals, prior to bringing forward their recommendation for the project. Crabtree Group, Inc. is the Salida-based project partner for civil engineering.

“Colocation of the county’s key agencies on the north end of the county will greatly improve our efficiencies and response capacity for the county,” said Chaffee Director of General Administration Bob Christensen.

The county is on a timeline, however. “We have to have enough info to get included in the DOLA grant cycle; the grant will be due Aug. 1,” said Christensen.

“It will be a good addition to the north end of the county,” said Commissioner Keith Baker.

The hope is to move into construction by late 2021,” We look forward to these facility designs being developed throughout the spring so we can make this project shovel-ready later this year,” added Christensen.