The regular meeting of the Chaffee Board of County Commissioners (BoCC)  meeting began with two items pulled out of the consent agenda: the county’s participation in the nationwide opioid settlement with an intergovernmental agreement (IGA), and the Bingham plat. 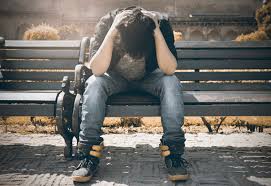 The peril of drug addiction are real. Image by Thrive Global.

“We got a dispensation on our deadline for the opioid settlement – we don’t need to finalize the IGA before the end of the month,” said Asst. Attorney Miles Cottom, referencing the agreement among the county, Salida, Poncha Springs, and Buena Vista to share in the county’s portion of the Colorado settlement. “It’s a motion to opt into the settlement.”

During the discussion, it was confirmed the county has more time than originally thought to prepare the IGA.  While the date of July 29 had been seen as the date to finalize the agreement, it now appears that the county simply has to inform state authorities by that time that it is participating; the state will accept the funds, then proceed to distribute them to the individual counties.

The lawsuit has been going on for some time, as states sued the pharmaceutical companies for over-supplying addictive narcotic drugs to unsuspecting consumers, causing the current opioid addiction epidemic. The funds are meant to support treatment, education, and relationship healing efforts to reduce addiction and help heal families destroyed by addiction.

The meeting primarily focused on separate ballot initiatives. The BoCC unanimously agreed to move forward on the development of ballot language that would allow Chaffee County voters to decide whether to approve them or not. Commissioners were very clear that their approval of ballot language did not constitute their endorsement or support of any of the three potential ballot questions. The first of these ballot questions is below:

The BoCC discussed their support of Resolution 2022-52 — which would authorize their support for the Chaffee Housing Authority to proceed to develop ballot language for a 3.5 mill property levy to fund the IGA set up to support the development of needed workforce housing across the county. 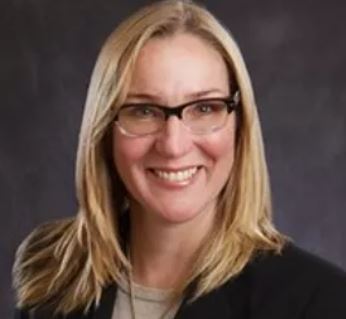 “Your investment until now has brought in well over 300 percent – over $3 million in grants, said Chaffee Housing Authority Director Becky Gray. “When we get grants, we have parameters on how we can spend it, there are income limits on who is eligible to use that housing. There is a gap for 50 to 60 percent of our workforce in terms of their access to housing and it goes to the lowest incomes — which is where your funding comes in.”

Given that, she explained “our goal for affordable housing development will most likely look like public-private partnerships; injecting capital into projects that are moving ahead in exchange for permanent affordability.”  She added that there has been real success with the CHA’s housing stability program focused on rental subsidies.

The CHA’s housing needs assessment is complete (and will be out in the next few weeks). But Gray reported this reality that has long-term implications: “Development dedicated to local workforce housing price points represents ten percent of our housing permits. The kind of housing we need to stabilize our economy represents less than ten percent of the housing being developed.”

Asked to recap the funding sources considered, Gray noted that they did consider a sales tax, but “sales tax is a regressive tax – it hits everyone. We know that 49 percent of our rental households can afford no more than $1,000/month. If half of our renters can’t afford rent — additional sales taxes would be a burden.”

She added that they had completed a phone survey that showed that around 50 percent of county voters would be in favor of the approach being taken by the CHA.

“It wasn’t overwhelming like 70 percent, but overwhelmingly our community recognizes that this housing crisis is starting to be detrimental to our quality of life,” said Gray. “Public-private partnerships were preferred as to more regulation. The CHA is poised to … ramp our public messaging and reporting out to let them know where their money is going.”

While Gray hasn’t had experience writing Colorado ballot questions, the CHA does have legal representation. Commissioner Greg Felt pointed out that, “Another lesson from CommonGround was the accountability issue. We developed an incredible annual report for CommonGround … then for the forest health, and the outdoor rec plan – it helped the public really see what they were doing. Referencing the CommonGround and Envision programs … will make a lot of sense.”

The decision to support the CHA effort was unanimous, and Chaffee County Clerk and Recorder Lori Mitchell will be informed to expect a housing ballot question.

The BoCC also ratified the Bureau of Land Management agreement for CR 397, which will allow the county to finish the renovations of the historic Granite Bridge and the county to retain the right-of-way to maintain the road.

In one of their final acts during the public portion of their meeting before adjourning to an executive session on a personnel issue, the BoCC moved to increase the hourly rate for Colorado Open Records Requests (CORA) from $20/ hour to $30/hour. County Attorney Daniel Tom pointed out that state statute was recently adjusted to allow for the increase, and he and county staff believe they are spending a lot of time filling CORA requests.

When asked to elaborate, Tom said they were getting requests for video records, and lengthy data request from private citizens and from national media, although he did not elaborate.

Ark Valley Voice points out that this step constitutes a burden on small local news media (a fee that did not exist four years ago, and only two years ago became $20/hour). At a time when increased government transparency is more important than ever, it could place pertinent information out of the public reach, and stymy the watchdog role that is normally filled by fact-based journalism.