The Chaffee Board of County Commissioners (BoCC) made a two-part decision regarding the future of the Seven Peaks Music Festival during their Tuesday, Jan. 21 public hearing. Following a more than two-and-a-half-hour public hearing, they unanimously approved a motion to move to a resolution directing county legal staff to prepare a contract with Live Nation for the Seven Peaks Music Festival, to be held Sept. 3 – 7, 2020 on county land on the outskirts of Buena Vista. But before that decision, they rejected the Live Nation request for the county to foot the public safety bill for the event. 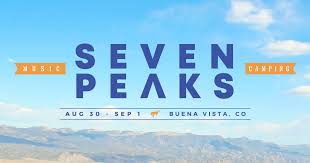 The topic was tabled at an earlier (December) Commissioners meeting in Buena Vista, because few people were in attendance.

This time, the motion authorizing county legal staff to negotiate the 2020 contract was made by Commissioner Rusty Granzella and seconded by Commissioner Keith Baker. Commissioners acknowledged the overall success of the event, agreeing that the resolution from the prior year is a solid basis for this year’s negotiations.

Commissioners began the public hearing with what BoCC chair Greg Felt termed “the elephant in the room”; the request by Live Nation, the producer of the festival for the county to absorb some $184,000 in public safety cost for Emergency Medical Services and law enforcement coverage.

“Hardly anyone was at that December meeting, so the cost of providing those services might be driving the attendance [today],” said Felt. “We’ve received lots of letters – most were inspired by the request. So I’m going to deviate from normal process – I want to deal with the request first, before getting to operational issues.”

County public safety entities voiced concerns over the request. Chaffee County Fire and Rescue Chief Robert Bertram reminded that audience that “We don’t get any sales tax revenue, this is a huge burden on us. We are fully funded by property tax … if [these costs] weren’t paid for, it’s a double hit to us.”

“My job is safety at the venue …this budget issue is of great concern to us,” said Sheriff John Spezze. “We try to help Live Nation with their costs, we staff to a level for the attendance they tell us.” He added, “Before the first concert, I sent staff to observe the whole function in Michigan, which has a bigger volume of people, and I don’t charge back nearly as much as Michigan event does.

Josh Hadley, the executive director of Chaffee Emergency Medical Services, echoed the concern, saying he had brought a list of other events for which Chaffee EMS provides support. “I’ve done numerous proposals for this event and every one of them has changed by the time we’re billing it… I understand that they try to create events that are supported by the sales tax revenue…but other events pay for our services and don’t expect sales tax to pay us.”

While Live Nation Site Director Jim Reid made a point of explaining that the ask is “Not a Live Nation proposal, and not a part of their business model. It’s related to our wish to see the event become profitable so that it has a long-term future in Chaffee County.” He offered to exclude Chaffee Fire and Rescue from the ask and explained that the team is “trying its best to make sure the festival continues. Our bookers, our marketers – we’re sharpening our pencils and asking you now, so we can turn this thing around in year three and keep this going.”

“We appreciate this event. We’ve worked hard to make sure this event is going to grow into an annual, perennial Chaffee County event,” continued Live Nation VP of Operations for the Colorado/Rocky Mountain Region Sean O’Connell. “We’ve got the county, the town, the beautiful site – we’re doing everything we can to make it a success long term.”

Public sentiment expressed in the hearing trended against such a move, with comments ranging from “A business that cannot make money is not a business, it is a hobby, ” to comments that“I oppose corporate welfare for Live Nation and any other business.” 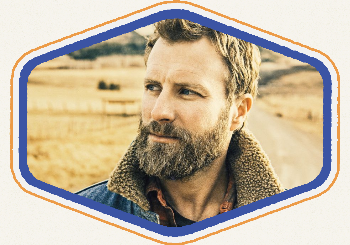 Dierks Bentley has been one of several headliners for the Seven Peaks Music Festival, held for the past two years on Labor Day weekend in Chaffee County. Courtesy photo.

Other local business people said they saw real positives in the Live Nation event. “We’ve found a positive economic impact on our business and our employees. The people coming here for the concert are the right kind of people. It’s helping me to keep my business open,” said co-owner of The Lariat, Robby Johnson. “It’s bringing people to town and they are coming back the rest of the year – which is helping us stay in town. What I’d like to see is our community helping keep the right kind of business coming, so the rest of the year we can be here, and put up with a few days of inconvenience.”

“We see a positive impact by having Seven Peaks here,” said Best Western Vista Inn owner Brent Jewell. “I’d like to see what we can do to help them remain here. I live and work here, it is a unique request to ask for monies, but they bring the right business here – they bring business year-round. People do come back – I know that for a fact. I’m going to go Switzerland on the topic.”

Others, such as Conrad Nelson, drew a comparison between Live Nation and what would happen if he held a party on his property. “Say I’m going to have a big party on my property, with a nice noisy band, and invite folks and I want you to pay for the security … because sometimes I could use a little help too.”

Buena Vista Trustee Cindy Swisher, who with her husband owns Swisher Diesel and Automotive, said she didn’t think it fair that local businesses who have stayed here and supported the town and county pick up the extra cost. “I have attended the concert, enjoyed it, and I’d be more than willing to pay $10 more for my ticket, if told I had to, to attend.”

While a public comment was made that town sales tax revenue for the past two Septembers had shown no increase, in fact, town financial statements for 2018 and 2019 show a significant boost, year over year, for September sales tax revenue. Buena Vista Town Administrator Phillip Puckett acknowledged the growth but said that by law, the Colorado Department of Revenue does not definitively trace tax revenue specifically to events such as the Seven Peaks Music Festival.

All three commissioners expressed concern over the request to waive EMS and law enforcement costs. Baker made a motion to deny the request, Granzella seconded and it passed unanimously.

The second half of the public hearing was devoted to citizen comments regarding the Live Nation permit application for the Seven Peaks Music Festival. Primary concerns were an ongoing need to refine traffic patterns and control volume, concerns over trash and recycling efforts, as well as a few comments about the noise levels coming from Whiskey Row, the after-concert event area.

The resolution confirming the permit is expected to be very similar to last year. The primary change between the 2019 application and the 2020 application is Live Nations’ request to open camping on Thursday on the festival grounds, to alleviate some of the Friday traffic concerns. Chaffee Planning Manger Jon Roorda said traffic needs to be managed so that campers don’t block both Buena Vista Fire station exits.

Some attendees asked if there could be an action plan to minimize the sold waste, including food and plastics, resulting from the event. Reid confirmed that Live Nation does have a sustainability charter, and they can connect that team leader to the Chaffee event.

“I believe Chaffee County should require sustainability and waste management be a concentrated focus for this event,” said resident Wendy Hall.

Live Nation execs said that each year they evaluate and try to improve. Issues such as traffic, said O’Connell, are in a constant state of continuous improvement.

Granzella made the motion to direct staff to negotiate the contract with in the next three to four weeks, and prepare a resolution. Baker seconded the motion and it passed unanimously.