For reasons not entirely understood, the Chaffee County response to the 2020 Census continues to lag far behind the state response rate of 63.2 percent. The area of the county closest to the state’s response rate is Salida, at 62.5 percent. As of June 2: 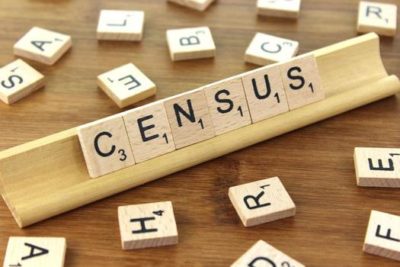 The deadline for completion of the 2020 U.S. Census has been moved back to Oct. 31, 2020, due to the coronavirus known as COVID-19. Next week the Colorado Census leadership plans a “Census Summer” week in Colorado.

The census is a critical function of our democracy. Participation is mandated by the United States Constitution as a duty of every resident of the country. It determines federal funding to support everything from infrastructure development like roads and bridges to funding for the Department of Human Services and the Department of Health. Changes in the population distribution even determine our representation in the U.S. Congress. With the growth in the Colorado population, it is expected that Colorado could pick up another seat in the House of Representatives, which means the legislative districts could be realigned following this census.

The 2020 Census commenced as an online census, and that is still the preferred completion route. To encourage participation, there are several more stages that involve mailed census documents, Census field representatives, and as the state and county reopen from COVID-19 “Stay-at-Home” orders, community events where residents can get information and complete the census.

The Census Bureau resumed hand delivery two weeks ago including in Buena Vista and Poncha Springs, where both municipalities use post office boxes. Door-hanger distribution of information in municipal areas has commenced as well, although it should be pointed out that these have been placed on all doors, even at the homes of those who have already completed the census online.

“The [Census] Bureau is obligated to invite each person to complete the census – it’s [the door hanger effort] been confusing some people and they’re thinking “Oh shoot do I need to do this again?’ You don’t,” said Chaffee County Census coordinator April Obholz Bergeler.

During the 2010 Census, many local events were used to promote participation, including Farmers Markets and festivals. This year almost every major event has been canceled or postponed due to the COVID-19 pandemic, which might be impacting participation.

She added that she is hoping to promote census completion at several small county events over the summer, as the county carefully reopens. Obholz Bergeler said she plans to set up 2020 Census tables at these events with iPads available to allow county residents to complete the process.

“I want to do a celebration the day that the county hits 50 percent participation and next week June 13-20 I’d like to do a competition among the county’s towns, but I haven’t heard back from all the town administrators.”