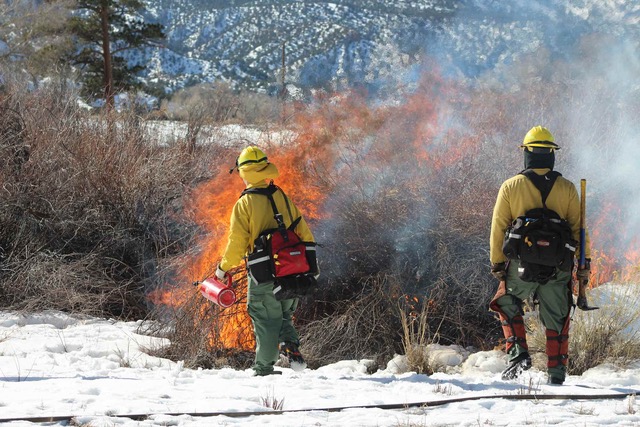 Chaffee County’s proactive steps to address our community’s wildfire challenges is getting noticed. Because of the work of Envision Chaffee County, combined with the resulting 1A Ballot question known as Chaffee Common Ground, Chaffee County has been asked to participate in a very large and brand new statewide grant program that, if awarded, would super-size the county’s efforts toward fire resilience, forest health action and watershed protection.

A pre-grant joint proposal of Chaffee and Lake counties was submitted, and the counties were invited to formally submit their joint grant proposal to the U.S. Forest Service (USFS) and Rocky Mountain Restoration Initiative (RMRI). The full proposal was completed Nov. 3. Only eight communities are competing for funding from the three focal areas for the grant: two are in Southwest Colorado, four in Central Colorado and two along the I-70 Corridor. One of the other communities is Durango, which experienced severe fire during the summer of 2018. 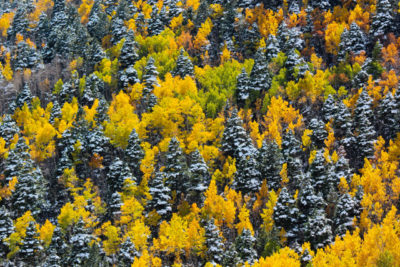 Now the county is moving to the next stage of the grant process, with a Nov. 13 presentation in Golden to about 40 representatives of the various agencies and entities involved in the grant award. The comprehensive grant review board includes a mix of agencies. Among them are representatives of the forest service, water resources, the energy and power grids, and Colorado Parks and Wildlife.

The team from Chaffee County will include Commissioner Greg Felt, U.S. Forest Service District Manger Jim Pitts, and Cindy Williams representing the Central Colorado Conservancy. According to Williams, Chaffee is the only county showing up represented by a cohesive group including a county commissioner, the forestry agency and the private non-profit sector.

Think of it as a sprint toward resiliency – with the state, as well as other Colorado communities and counties taking notice.

“This probably wouldn’t have happened if Chaffee County hadn’t passed the funding for forest health,” said Williams. “This is the first time we’ve been invited to do something like this. We understand that the likely thing is that three of the eight applications will be selected. We’re not sure how much money is available, we think somewhere between $1 and $4 million a year for the county. But as a 10-year plan we’re presenting for $40 million over 10 years, not just for Chaffee, but we are working together with Lake County on this grant proposal. Together we’re the Arkansas River watershed.” 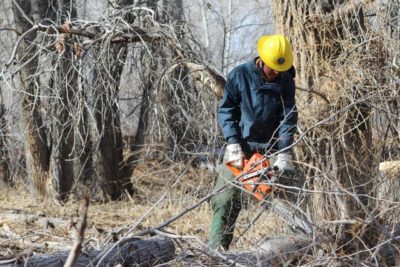 According to Williams, Chaffee County is “way ahead on a wildfire plan. She added that Chaffee is really excited to strengthen the partnership between Lake and Chaffee Counties.

“If Lake County gets a big fire, we’re downstream and it affects both counties … when we take this proposal in, we can show that Chaffee and Lake have things that we have done that nobody else has done – the Envision process, and passing Ballot measure 1A,” said Williams. “Combine that with the Recreation in Balance program we’re working on, that will keep our forests healthy and manage the effects of recreation … projects like facilities and hardening trails. People see that this community and Lake County can work together to get things done….we even have the treatments identified.”

The timing is fortuitous. After decades of fire suppression both Chaffee and Lake counties, forest service professionals say the fire danger is more dangerous than it has been in the past 140 years. The forests are also loaded with downed trees from the beetle infestation; some 80 to 90 percent of spruce trees are expected to be killed. Both counties are seeing the impacts of a 17-18 percent year-over-year growth in recreational visitors. Experts say that waiting to mitigate the dangers is going to cost more, and the longer the counties wait, the more danger there is. 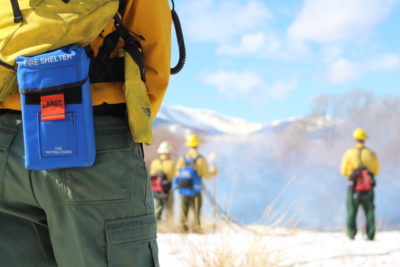 Williams ticked off the work that has been done that prepares Chaffee and Lake Counties to apply for this grant. With Community Wildfire Protection Plans already underway, she said that it includes very specific treatment: “Treat the three to five percent of our forest that are most important to protect the community – the people and water resources — from catastrophic fire. We’ve just been through the fire and we probably have the best fire protection plan in the state. We know exactly where those areas are… to treat the lands, thin the timber, to help private landowners treat their land, do private burn activities across both Chaffee and Lake.”

The program to which Chaffee and Lake counties are applying is so new that RMRI hasn’t even announced the program. It rides on the momentum of a Shared Stewardship MOU (Memo of Understanding) signed by Colorado Gov. Jared Polis and the U.S. Undersecretary of Agriculture Jim Hubbard in late October.

The proposal teams presentation in Golden is an opportunity to put the Upper Arkansas River Valley on the map with leading-edge wildfire strategies. The grant review teams are expected to meet Nov. 14, the day after the grant presentations, but the teams do not yet know when the grant decisions will be announced.