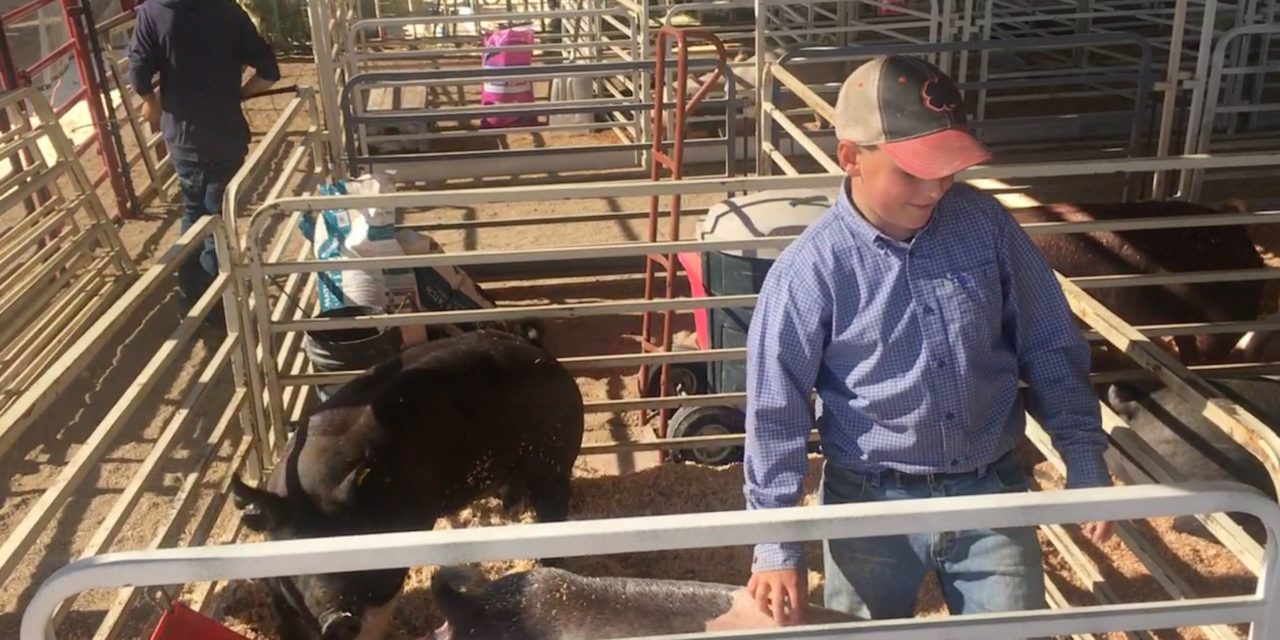 Excitement and anticipation reverberated throughout the animal barn at the Chaffee County Fairgrounds on Wednesday morning as the 2019 fair revs into high gear.

Children bustled about between pens; smiling proudly as they weighed their 4-H animals and corralled steers, hogs, goats and sheep into designated pens.

“The animals are weighed when the kids purchase them,” said Abby Hutchinson, a four-year veteran of the Chaffee County Fair Board. “Then [the kids] weigh-in [their animals] right before the fair. That way, they know how much weight was gained, and can calculate the average weight gained per day.” 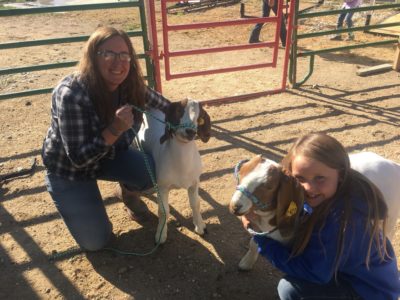 Kathy and Sydney Rohrich with their goats after the weigh-in.

Hutchinson explained that there is a weight threshold specific to each species that must be met by each animal to qualify for the fair. One by one, great, muscular steers; bleating sheep; pot-bellied goats and brawny hogs were led through the weigh station.

A few minutes later, a different steer tipped the scales at more than 1,300 pounds.

Though those animals draw excitement, the county fair is staked in the dedication and hard work of Chaffee County’s youth.

“These are all Chaffee County 4-H kids. Between 250 and 300 kids are participating in 4-H this year [in Chaffee County],” said Hutchinson.

“We do indoor stuff too. Cake decorating, photography, robotics, shooting sports, and this, the market side [of 4-H]. We also have our poultry and rabbits too.”

For a few kids, this was their first experience entering an animal into the fair. 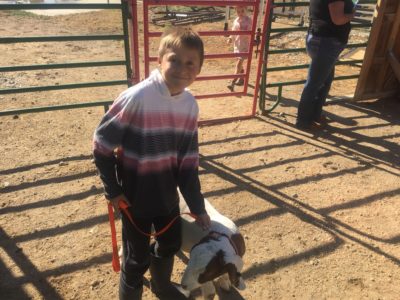 Micah Wheeler with his goat, Wayne, after weighing-in.

He beamed when Wayne, his goat, made weight.

Though this was Micah’s first entrance into the fair, he said he has some experience in raising animals.

“Before we got a goat, we raised chickens,” he said.

Ben Hatfield, who is 10 years old, attends Longfellow Elementary and is a Salida resident, entering two hogs into this year’s fair. 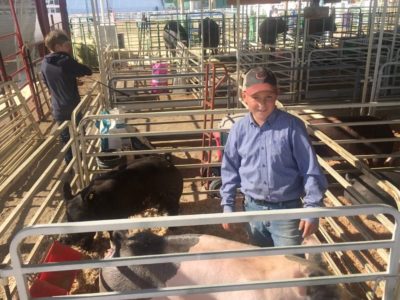 Ben Hatfield with his hogs, Blackie and Blue. (Photos by Merrell Bergin)

The boy’s hogs, named Blackie and Blue, weighed in at 232 and 258 pounds. He said that when he purchased them, they weighed 62 and 63 pounds, respectively.

Hatfield has encouraging words for other kids in Chaffee County who would like to participate in the fair but haven’t yet.

“The fair is a good experience. You get to be with animals and it’s a lot of work. You have to get up and [feed them],” said Ben. “You can pet them and even sleep in their pens if you want to! It’s really a fun experience.”