According to the Golden Gate International Film Festival (GGIFF), the award ceremony is “powered by Net Effect Media Inc. [and] is dedicated to the many talented filmmakers worldwide, who now have an excellent opportunity to showcase their creativity in North America and around the world. GGIFF encourages films from every innovative filmmaker anywhere in the world.” 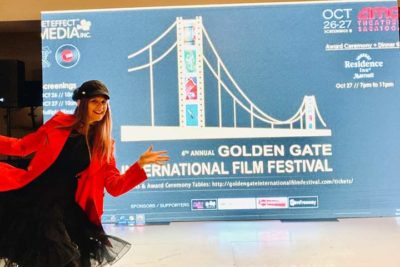 Leaverton spent the last eight years filming Hiko In  Tonga. It is a feature-length film about a vanishing culture of women jugglers in Tonga. The film was recognized and awarded for Best Travel Documentary.

Leaverton’s documentary is available for Colorado schools or special events with the option to include a Hiko party, where audience members have the opportunity to learn how to juggle.

The film will be made available for viewing. Those looking for more information on hosting a viewing of the documentary or for questions can contact Paprika Leaverton Hikofilm.com or hiko.tonga@gmail.com.