As of Tuesday morning, March 26, and contrary to some media reports, Chaffee County has not declared itself to be a Colorado sanctuary county in response to the Red Flag Bill moving through the Colorado State Legislature. While River Rat 93.7 Marc Scott reported on Sunday, March 24 that sheriff John Spezze had made the declaration, that is not true. Spezze had referenced it in comments during the Sen. Kerry Donovan’s District 5 town hall in Salida as his response if the bill were to pass. 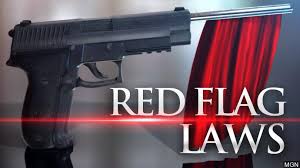 “John (Spezze) did not declare it. The way this works is he would need to request that status from us, the commissioners, in writing,” said Board of County Commissioners Chair Greg Felt. He said he talked with Spezze, telling him that he needed to “give the commissioners something we can deal with. I asked when he would make the request. … I wrote him a letter that I cc’d the staff and my colleagues on, telling him ‘you can come request sanctuary status, but come with a list of problems you want … help [with] that being a sanctuary county would solve. I want to work on problems. I don’t want you to just ask for a solution.’”

There is no way to know if an action taken by Chaffee County Commissioners might be behind the delay. Instead of a sanctuary declaration, Felt said that he and the other Chaffee County Commissioners took the step of writing to Gov. Jared Polis Monday, March 25, repeating the list of 14 deficiencies they had identified (See https://arkvalleyvoice.com/county-elected-officials-issue-statement-with-serious-reservations-about-red-flag-bill/ for their public letter documenting their concerns), asking the governor to either veto the bill if it passed, or convene a statewide commission to work through the concerns.

Felt said that he also shared the letter with legislators who represent Chaffee County. He added that the letter was a recognition that the Colorado State Legislature was moving swiftly ahead.

“I shifted gears and decided that what I needed to do is an appeal to the governor,” said Felt. “I wrote a letter to Gov. Polis telling him I thought because of the 14 deficiencies we in Chaffee County identified with the bill and the pace it was moving, it would be a good idea to veto it. I asked that he convene a statewide commission of folks – include the legislature, law enforcement, mental health professionals, people from around the state – to walk through the issues and come up with a collaborative approach.”

Felt said that he went to former Gov. Bill Ritter and his key people, and asked them for help “to get the letter to the governor’s chief legal counsel and his policy folks.”  His concerns, said Felt, are practical, as opposed to the constitutional issues he has raised in earlier comments.

“A big part of the concerns are that the bill includes no funding or direction for mental health. How do we get firearms from people in times of [a mental health] crisis without endangering anybody? You can’t just throw money at this – how do we work toward mental health support? So I wrote the letter and sent it on two different paths, and they have said they would share it with the governor.”

The Red Flag Bill has had a strong reaction across rural counties, including Chaffee. A county commissioners work session to get input on the bill drew a crowd of around 140 in Buena Vista last week. A large portion of the crowd at the Donovan town hall indicated they objected to the bill. The Colorado House voted to approve the bill, and the first vote on it passed in the Colorado Senate as well. Should the Senate vote to approve it with amendments, it would return to the House to justify the versions of the bill.

Felt says his focus is on problem-solving. “Who cares about public opinion compared to getting something done?” said Felt.