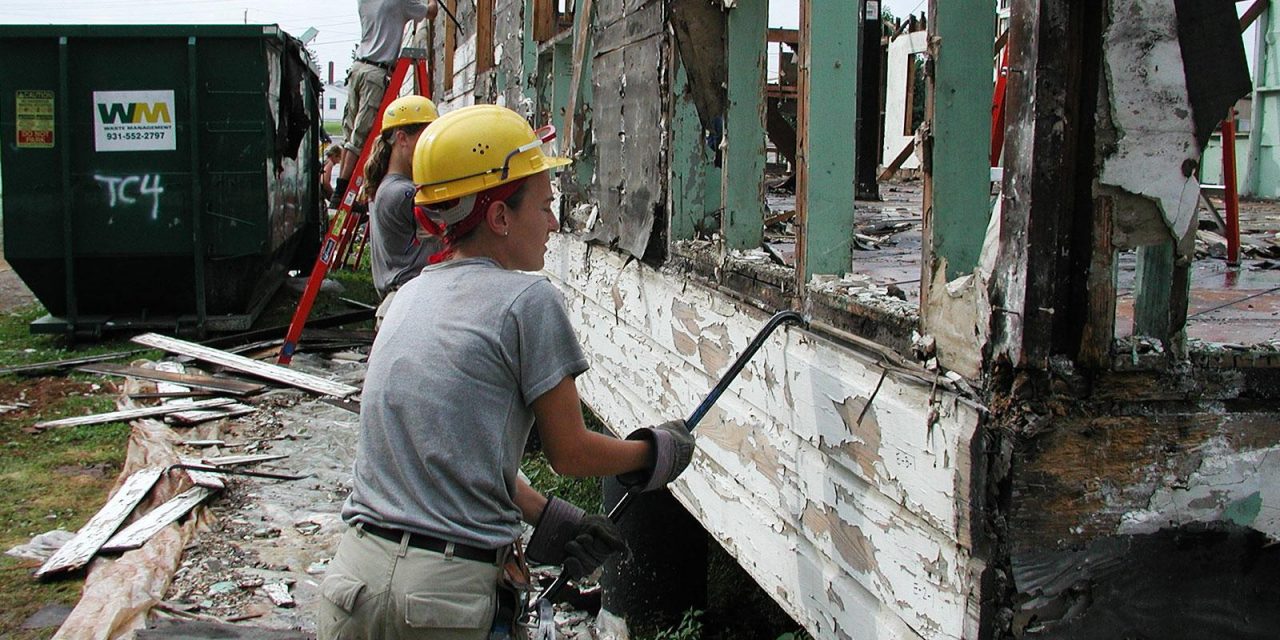 It’s getting more expensive to get rid of your stuff at the Chaffee County Landfill.

The Chaffee County Board of County Commissioners (BoCC) adopted new dump fee rates during their March 2 meeting, which will take effect April 1.

The new rates for the Chaffee County Landfill are for in-county users for bulk concrete, construction dirt and yard waste/brush, and established a minimum fee for bagged household trash.

With increasing population and building activity in the county, landfill use and the volume of construction waste have continued to increase the Chaffee BoCC accepted staff’s recommendation for fee increases, which were last updated in August 2017. 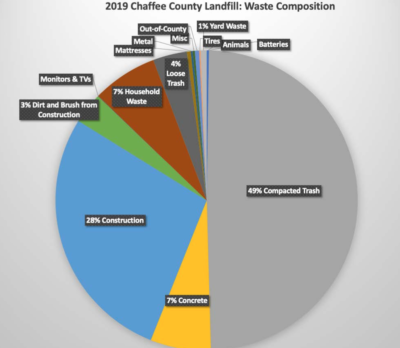 The graph shows waste sent to Chaffee County Landfill in 2019 by Type of Material.

In order to simplify operations and help relieve traffic congestion at the landfill, the department is modifying its approach to bagged household trash. The bagged household waste category will now include a minimum charge of $10 per load for in-county users (maximum of five bags and up to 300 pounds per load).

Previously, the fee structure allowed for a drop-off cost of $2 per bag of household trash, which contributed to a high volume of traffic to the landfill, vehicle back-ups and difficulties between user groups. The change to a $10 minimum per load of bagged household trash for in-county users is intended to help streamline transactions and improve safety and efficiency for both customers and staff.

Rates remain higher for those who don’t live in Chaffee County but want to use the landfill. For out-of-county users, rates remain at $10 per bag of household trash, and a minimum transaction fee of $20.

Concrete remains at $175 per ton for out-of-county users. Chaffee County’s 2019 waste audit report showed that concrete comprised 7 percent (almost 1,600 tons) and construction waste comprised 28 percent of waste received, for a combined total of nearly 35 percent of all waste sent to the landfill in 2019. 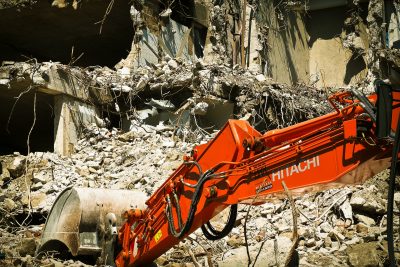 For more information about the Chaffee County Landfill, including hours, prohibited items and fees, visit chaffeecounty.org/Landfill.

Featured image: An alternative to demolition, “deconstruction” is the process of reclaiming materials from buildings so they can be used again. Photo Credit: BMRA.org/WTTW Chicago