February 8, 2021, marked the first change in Chaffee County Republican Party leadership in several years. This leadership change reflects both state and national trends and could be a turning point in local politics. 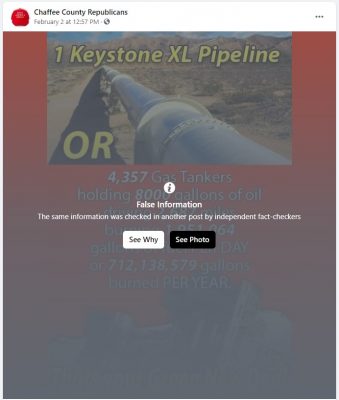 Last week Ark Valley Voice was able to speak with newly elected Chairwoman, Rebecca Seaman and ask about her vision for the Chaffee County Republican Party. Seaman said she is looking forward to learning from previous Chaffee GOP leaders and advisors as well as engaging with the community.

A top priority for her, she said, is to get younger people involved and become members. Appealing to centrist unaffiliated voters in the county who lean to the right is another priority for Seaman and her fellow newly elected leaders. Finally, Seaman says she rather feels like the underdog in county politics but is excited about the challenge. 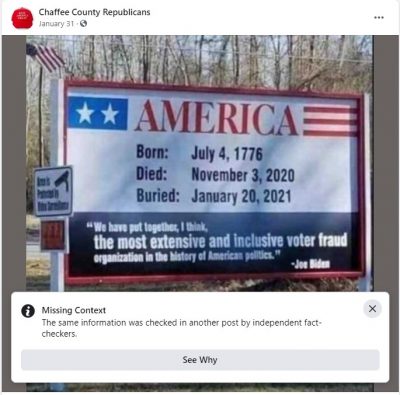 Seaman was also asked about the role she believed the Patriot Party and specifically the local Chaffee County Patriots would play in the local GOP. She said she believes they “have their own thing going” and will not likely play a significant role in Chaffee County GOP. In this regard, Seaman says she hopes to see more conservative viewpoints represented in local media.

There is little doubt the new leadership team has their work cut out for them. To start, they may need to update or repair the Chaffee GOP webpage that has been down for several months.

Also, communications with state GOP leaders may need to be strengthened because as of this writing the state webpage listing of Chaffee GOP contacts was either outdated (still listing Dave Williams as Chair and Dennis Heap as Vice Chair, both of whom say they stepped down from those posts sometime after the 2020 election) or did not yield positive contact.

Similarly, the Chaffee County Republicans’ Facebook page makes no mention of the new leadership or the significance of them being all female. However, perhaps the most pressing overhaul maybe their Facebook page, due to numerous older posts that Facebook has fact-checked as inaccurate, or assigned disinformation labels.