Wendell Pryor stepped down on Wednesday from his role as Executive Director of the Chaffee Economic Development Corporation (EDC), a role he admits he has loved, in a county that has loved him as much, as he has showered it with attention for the past 12 years. 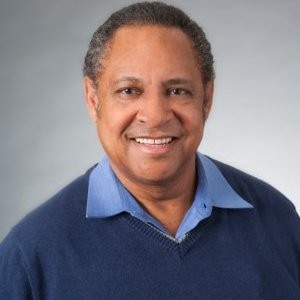 This consummate business supporter leaves both big footprints and an even bigger list of accomplishments. With a background serving in Colorado government roles, and an initial introduction to Chaffee in getting the Boys & Girls Club on firm financial footing, Pryor took a short business assignment in Northern California making what he calls “silly money.”

He returned full-time to the county in 2009  and was appointed director of the EDC on July 1 of that year. The timing was no accident.

“We were in a recession – we had to figure our way back so to speak,” Pryor explains. “It was a one-person show when I started, and a one-person show when I ended. But the board has made the difference. We expanded the board members from 11 to 15 and we currently have 12 board members. We are kind of the same organization, but we’ve accomplished a lot. Its stability as a nonprofit is due to the structure … I can’t say enough about the board members – each one of them is a successful business owner in their own right.”

Coming back to Chaffee County in 2009 (he’d been a part-time resident for years) Pryor appears to have had a bead on what was needed at that moment. He explains that the major goal and trust placed in him was to always work with and promote the county’s businesses. “We made it part of our mission statement — that Chaffee County is open for business. As a person who spent a lot of my life in government, I knew there needed to be a business advocacy effort.”

Not that that hadn’t been tried before Pryor’s arrival. There were several attempts, the Chaffee 2020 initiative being one of them.  Pryor, who at the time was still a part-time resident, says he attended those meetings, and the county got involved, but they fizzled. While he was working in Oakland, there was another effort modeled after the EDC effort in Pueblo. It failed too.

“When I walked in the door, they had just completed a $50,000 study and they came to the conclusion primarily – that they needed a point person and I was it,” he says modestly. “I think my role here has been as a kind of a pitchman for the county.”

Asked what makes the EDC work — and accomplish what it has, Pryor is quick to deflect credit from himself. “The secret sauce of the EDC has been the working board….they have managed to step up, and do whatever was needed.”

When asked what, from the dozens of accomplishments over the past 12 years, Pryor is most proud of, he grows thoughtful.

“Overall, I’m just humbled and honored to have worked with my board. They’re a group of hardworking successful business people who sacrificed their money and their time to support this nonprofit organization to accomplish what it has. I am so proud of the personal effort they have given.”

When prodded about projects Pryor began with Colorado Central Telecom and the critical importance of broadband and telecom to the county’s economic future.

“Our first big win was Colorado Central Telecom – enticing them here,” he said. “They started by getting a handful of customers in Crestone and we attracted them here. Now they have 3,000 customers in five counties. Yes, there is more work to be done –the CCT project in Chalk Creek is now underway. Because you’ve got fiber to Mt. Princeton now, having been awarded their second and third grants, CCT is taking fiber up the poles all the way to St. Elmo.” 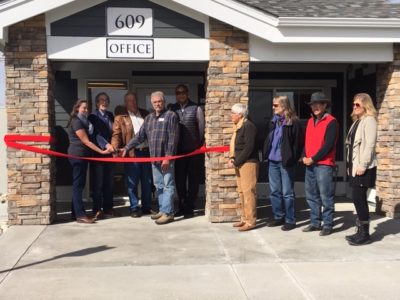 The Collegiate Commons effort in Buena Vista, a collaborative, years-long effort, was a close second on Pryor’s list of favorite projects.

“Today’s housing crisis would be even worse if we hadn’t gotten those 48 units built,” says Pryor. He enthused over the collaboration and dogged commitment required of the EDC, of the late Charlie Forster’s determination to make affordable housing happen.

He complimented the Buena Vista School District and the town of Buena Vista for stepping in, and stepping up to work with the EDC and each other.

“It took almost $400,000 of land, and equipment to build it and a whole lot of cooperation,” said Pryor. “We got the first major housing project in years here. Out of that came more wonderful things; a state-of-the-art ball field. That the town stepped up like that is huge.” 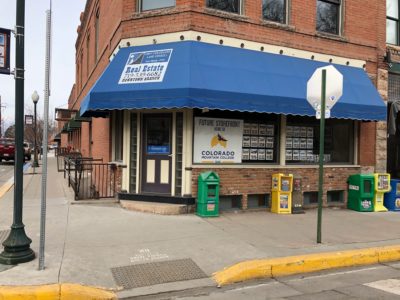 Setting up a long-term business development incubator of sorts is a more recent project.

“The third thing that I am most proud of is going to bear fruit – we are now the 15th and most recent small business development center in the state. We are now managing an approximate $150,000 annual budget to support small businesses for the three counties, Chaffee, Park, and Lake. The bulk of the activity is in Chaffee County and there is more exciting news to come.”

Pryor noted that the arrival in the county of the Fading West organization — first as a housing development called The Farm, and now as a $150,000 housing manufacturing facility currently under construction on the edge of Buena Vista, is a source of economic strength for the county. “CEO Charlie Chupp is a new EDC board member,” adds Pryor. “How timely is that to have his manufacturing facility in our own backyard. It will add up to lots of jobs.”

Pryor’s fifth point of success — and deserved pride — has been attracting Colorado Mountain College to formalize a campus arrangement in Salida. “We worked behind the scenes to have education play a greater role in the county – that is going to go a long way to grow the workforce here. We’ve also supported the Salida School District’s efforts for Spartan Heights – to create housing for the educational workforce.”

Asked about the future of the EDC and the county, Pryor’s voice takes on an enthusiastic tone. “Well, people should think about how many successful entrepreneurs are here – who have built businesses here — began as river guides, and now they are weighing in, addressing the county’s challenges.”

“I am excited about the succession planning of the board,” he adds. “We’ve got new board members in the last few years and this is another generation of business leaders. They are coming into their own, stepping up to do the things that nobody else in the county was capable of or willing to do. This is part of this transition that started three to five years ago. It’s always been approached as a countywide effort.”

Wrapping up our conversation, Pryor was asked what are the words, that epitomize the EDC and the county.

“I think the words are authentic and entrepreneurial, and community-minded” he responded after some thought.

“I think we are certainly attractive to people who want to live where they work in an authentic community – the word that is golden is authentic. We are an authentic mountain resort town – community. We aren’t Durango. We are entrepreneurial — it’s the spirit of ‘I’m behind you – what do you need?’.”

Asked what might be next on his horizon, Pryor fogs a bit. “Well, I think I want to do some writing and spoil the grandkids. I got some catching up to do. But then he adds, “I can’t talk about what is next –yet.”