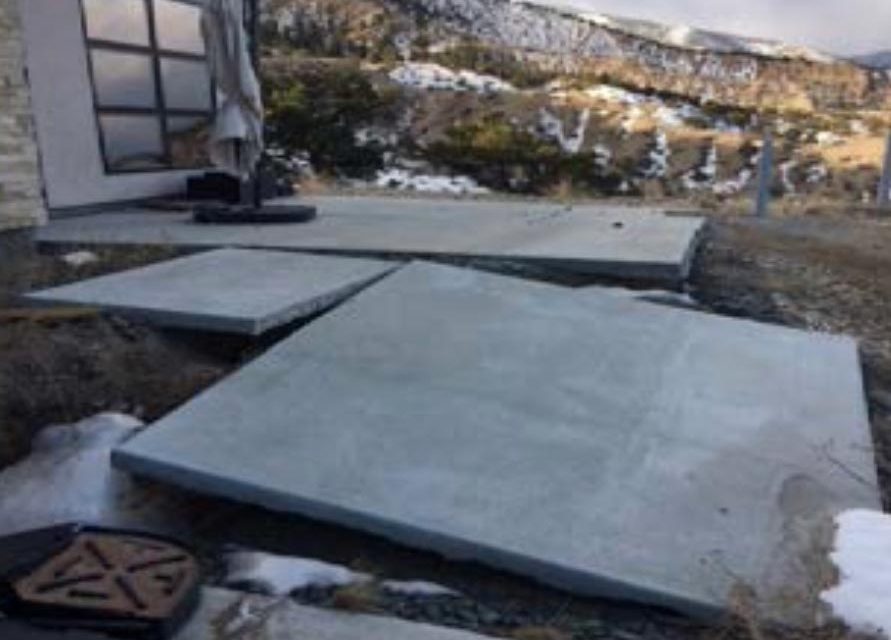 The saga of the house sliding down Methodist Mountain began three and a half years ago when the new home constructed at 7118 Clark Hill Road began to move. In a mountainous county where soil composition could be called ‘complex,’ it is a cautionary tale.

Signage was posted long ago at the home on the north slope of Methodist Mountain area, designating it as a current active landslide. Though the owners said that an engineering report was done before construction, it was discovered to be a dormant landslide area that began to move.

While owners Robert and Kimberly Fraser had had engineering reports done prior to construction, the slow slide began to pull the contemporary home apart almost as soon as it was completed.  As the land slid downward and northward, it began to impact at least one neighboring property. 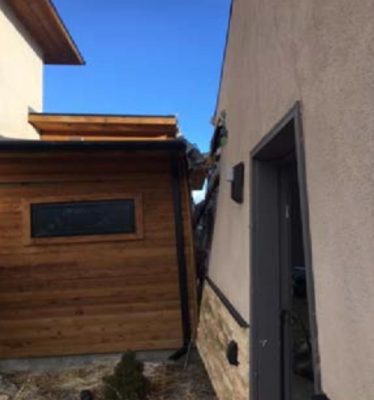 “There has been an effort from the adjacent property owner to stabilize the mountain – and that was effective,” said Chaffee Director of Development Dan Swallow. “They used a third-party contractor. But this structure has been declared dangerous. It is worsening and open to the elements.”

The saga began on July 6, 2017, when Swallow posted the property at 7118 Clark Hill Rd. with Dangerous Building Notices and sent written notification to the property owners.

“The building was severely structurally damaged and undermined by a dormant landside that became active after development of the property. I ordered the utilities disconnected, the propane tank removed and the building to be vacated. The owners fully complied with this order at that time and did so in a timely manner,” added Swallow.

Since it was declared dangerous and uninhabitable the county hadn’t sought further action, in part because the property owner was engaged in construction-defect litigation. But as time has gone by, the structure is continuing to deteriorate. According to a neighbor, he has seen people going up onto the property to look at it.

On February 9, Swallow again inspected the property with other members of his team and determined that the building is still dangerous and that no work has been done to either demolish or stabilize the structure.

“During that inspection, I determined that 16 of the 18 criteria required to declare a building dangerous as listed in the Abatement of Dangerous Building Code were met, any one of which is enough to make such a declaration,” said Swallow.