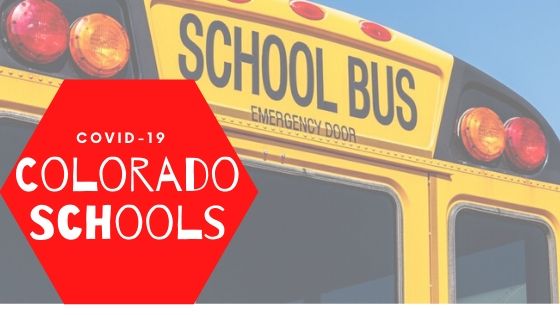 The Chaffee County leadership roundtable meeting on Wednesday afternoon was shadowed by events going on at the national level, including states surrounding Colorado with surging cases and comments by the president regarding school reopening. County leaders expressed concerns over the recent rash of COVID-19 cases occurring in the county and reiterated the need for the county to act cohesively to chart a course forward. 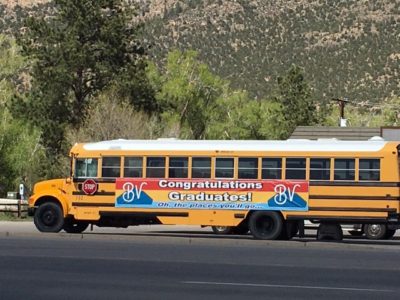 Chaffee County Public Health (CCPH) staffer Emily Anderson, RN, BSN says that tourists who have tested positive will be contacted to learn more about where they have been and who they have been with. The likelihood that Chaffee County now has community spread occurring is high. “Chaffee residents have told public health that they have no idea how they could have gotten it and weren’t really in contact with anyone,” she said.

The main focus of the virtual meeting was intended to be an overview of early planning for the fall reopening of the Salida and Buena Vista school districts. But national events yesterday and today inserted politics further into the public health pandemic crisis — aiming at the nation’s schools and children.

In the past 36 hours,  President Donald Trump has demanded in multiple tweets that public schools be opened or face losing their federal funding, followed by his demand that the Centers for Disease Control rework their guidelines for  reopening schools because they were “too tough.” So the White House rewrote the rules for the scientists.

Regarding the school reopening plans, both Chaffee school districts are working in tandem and both say they will depend upon metrics and work closely with CCPH and business to create a coordinated system approach.

According to Buena Vista Superintendent Lisa Yates, “At this stage, what we ask of the community is awareness of the plan — we’ll be rolling out a lot of communications about it.” She added a comment about instances where cases occur: ” I think we need a county response team if we begin to deal with cases where quarantines become complicated – with our realities and how tightly knit the community is —  it would mean the school shifting to remote learning. Also, we’ll likely have days of closure for coronavirus testing and disinfecting.” 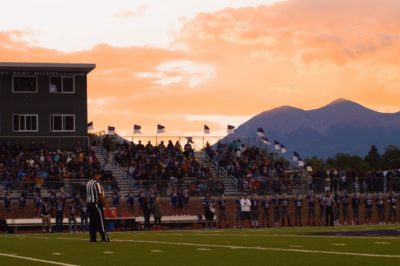 Blackburn said so far he’s gotten three major questions: “Are the kids coming back in person? Are the kids going to have to wear masks all the time? Are we going to play sports? No one has asked – what are you going to teach the children?”

No matter how good their plans are, there is a major threat: “This will fail when parents do not keep their kids home when they are sick,” said Salida School Superintendent David Blackburn. “But we’re in summer school and today we had a parent bring in a kid with a fever of 102 and symptomatic!”

“This situation quickly pressurizes the system – summer school is 40 kids — when we bring the school back together it will bring hundreds – thousands of people together. Their primary contacts are the parents, and this makes the county workforce the secondary contacts,” said Blackburn.

“We need to be aware of the plans even as they change. Our challenges; how to integrate our public health and community dealing with parents, and schools and student attendance,” said Felt.

Several in attendance indicated their extreme objections to the politicizing of the reopening of the nation’s schools.

“It’s important that the two school districts are aligned … I have to say this — we saw how our president turned masks into this political symbol and made it impossible to think about masks as public safety like we do seatbelts, helmets, car seats, condoms — even toilet paper,” said Felt. “It appears to me now that our president is trying to do that with schools reopening, and this could easily become very contentious in our valley – further politicizing this. If there is a real universal institution that everyone wants to succeed – it’s our schools!”

“This has to remain about education, kids, sound public health policy, science – I suspect everyone on this call would agree with me,” added Felt. ” I feel like we’re being manipulated a bit and we can’t let that happen when it comes to public education in the valley.” 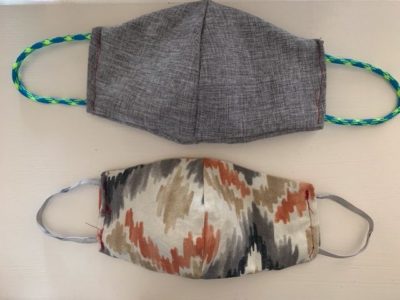 His and hers masks. Photo by Katie Terry

Blackburn weighed in, pointing out that representatives of both Colorado Senator Michael Bennet and Senator Cory Gardner were on the call. He said he hoped they got the message that this county doesn’t want politics involved in its schools at this delicate time. He added that this isn’t just a student problem – it’s a Human Resource problem for schools to keep teachers and staff safe.

” I couldn’t agree more – everyone knows how strongly my advocacy is for opening schools – when Trump made that statement yesterday my heart sank,” said Yates seconding Blackburns’ comments. “It immediately made the opening of schools fall into the same politicizing as [he has made] facemasks! ”

The end of the conversation turned back to the need for the county to take steps to protect county residents and slow community spread. Many surrounding counties and municipal areas such as Eagle, Lake, and the Town of Creede have already enacted mandatory social distancing and the wearing of face masks.

“I’ve been talking with business owners who have done a pretty good month, and some of them say ‘I feel like we’re going 100 MPH with a cliff ahead,” said Commissioner Keith Baker.

County Attorney Daniel Tom walked through his research on the county’s legal options, revealing that the county has the expertise and the legal authority to require compliance with facemask and social distancing orders — involving the court system, even without the police and sheriff’s departments. For reasons known only to them, both the Salida Police and Sheriff’s Office have announced that they will not enforce any mask executive orders.

“I don’t think we can ride on our community’s success following these guidelines,” said Felt. “The visitors are here and they aren’t following [our public health orders]. This county is almost like an island, physically … but we are starting to see a shift – the visitors aren’t following the same social distancing and wearing masks that we’ve been so good at. We have to do something and I want to put this on our agenda for next week.”

The subject of facemasks will be the main topic for the leadership meeting scheduled for  4 p.m. Monday, July 13.