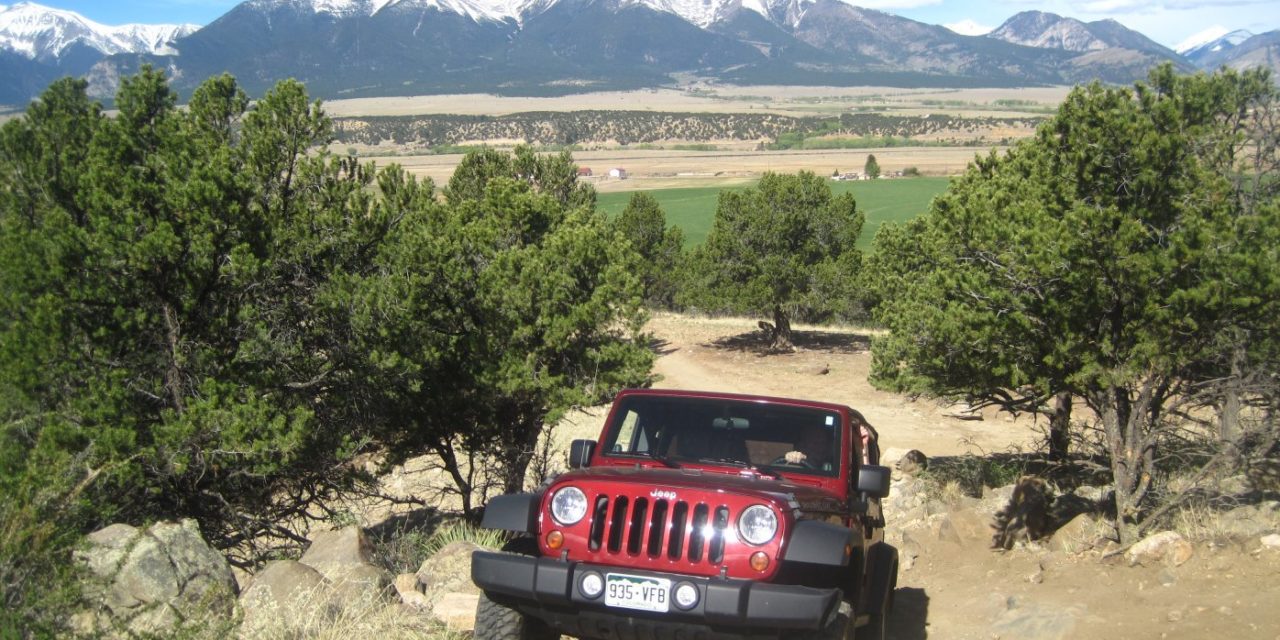 When does the history of a place become subjugated to what at least one person considers political correctness? Chaffee County’s heritage came up during the Chaffee County Commissioner’s meeting Nov. 19, as commissioners were asked to weigh in on a citizen request that would rename Chinaman Gulch to Trout Creek Gulch.

Public input on the matter was not in favor of the move, for reasons related to the county’s actual history and geography. This caused commissioners to unanimously support drafting a letter to the U.S. Board of Geographic Names (BGN), saying they do not support a name change.

The request by Kim Twombly was made to the BGN, the same organization that recently administered the renaming of Chipeta Peak. Her application for the name change said that the existing name is “racially insensitive.” Her suggestion: Trout Creek Gulch, “the same as the nearby river.”

According to the GBN’s case review of the request, Trout Creek does not flow through Chinaman Gulch, but the valley opens onto the unnamed valley of Trout Creek. The name Chinaman Gulch has appeared on United States Geological Survey (USGS) maps since 1982. That organization contacted Chaffee County, asking its opinion on the matter.

“Here a long time ago, when I was old enough to ride a horse, we drove cattle up Chinaman Gulch. My father showed me under that tree ‘there be the Chinaman’s cabin,’” said 87-year-old rancher Joe Cogan. “There were a low cabin, logs, and roof and a pile of rocks [and] apparently a fireplace. I said, ‘Where’s the Chinaman?’ And dad said, ‘He’s long gone, but he cut ties in here to sell to the railroad.’ The Chinaman was a tie-hack – that’s what we called ’em. He was gone by 1889 – by the time we [Cogan’s] arrived. It’s part of the history of Chaffee County.”

The role of Chinese immigrants in mining and the building of Colorado railroads is a fact. According to the GBN, a section of the Middle Fork South Platte River near Alma, 33 miles to the north, has been referred to as Chinaman’s Gulch or Chinamen’s Gulch because of the many Chinese miners living there in the 1800s. Chinamans Canyon is located 130 miles to the southeast in Las Animas County.

“Something isn’t derogatory simply because of the term,” said Cogan. “We’re from Ireland. When we came, we were called all sorts of names – flannel mop Irish, micks, fish-eaters – dad came from southern Ireland. It isn’t derogatory to use people’s place of origin … If Irishman or Scotsman isn’t derogatory, why would Chinaman be?”

“The Chinese worked on the railroads here,” said Suzy Kelly. “That explains why it’s called Chinaman’s Gulch. If you look across the river, there were what were called Coolie Houses, where the Chinese lived when they were building the railroad. Chinaman isn’t derogatory – Coolie probably is — but Chinaman isn’t. The name honors the fact that they worked on all these railroads here. It’s history, but not a lot of people know that now.”

“I talked to some folks who are ethnic Chinese, and the term ‘Chinaman’ isn’t necessarily derogatory,” said Commissioner Keith Baker. “They told me it is similar to saying Native American, or American Indian. Given its background, it seems that it was never intended to be derogatory.”

“I agree,” said Commissioner Rusty Granzella. “I see confusion if the proposed name were to be approved. I’d like to send a letter saying we don’t approve of it.”

“I don’t think of it as derogatory. It’s descriptive and evocative, and it ties back to the railroad. It’s an important historical reference for us,” said Commissioner Greg Felt. “Like Joe, I think the idea of naming a tributary after the main stem, is confusing. It would be like naming Squaw Creek, Arkansas Creek. I find it disturbing that this was done. The person who submitted this, I’d like her to come to talk with us. I think we should respond to the U.S. Board of Geographic Names and say we want it to stay the name it is.”

According to the BGN, “Geographic names provide important spatial, cultural, and historical references. Each name identifies a particular geographic feature, place, or area, and maybe a distinct feature or part of another feature, such as individually named peaks on a named mountain. This requires a high degree of stability in the written form of a name and its application. Consequently, changes in existing names should not be made without a compelling reason … Existing names, especially personal commemorative names, which honor an individual, and those names in longstanding public usage, should not be changed unless the proponent presents a compelling reason to do so. Even when the historical basis for an existing name is unknown, the BGN will still treat it with deference.”

A motion to send a “strongly worded” letter to the U.S. BGN saying that Chaffee County does not support the change was made by Granzella, seconded by Baker and passed unanimously. Calls by Ark Valley Voice to Twombly to date have not been answered.