A recall petition is now underway for Lake County Coroner Shannon Kent, who along with his wife, Staci, is facing felony charges in connection with a body left behind in their former Silverthorne funeral facility. They were arrested Feb. 18 after investigators found the remains of  trucker Victor Akubuo, 42, of California, who died July 30, 2020 in a Park County crash. 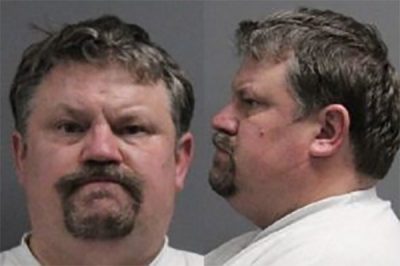 Lake County Clerk and Recorder Patty Berger verified that three citizens filed the petition with her office Feb. 24. A special recall election will result if the group can get 690 signatures from registered Lake County voters within 60 days.

The Kents were charged Feb. 19 with attempted tampering with a deceased human body, a Class 4 Felony, and are scheduled to appear in court on those charges March 9.

The couple has been facing a considerable slate of legal tangles, which include additional charges last week against Shannon Kent for violating bail bond conditions, a Class 6 Felony, regarding a December 2019 arrest in Lake County. In that case, he was charged with perjury and official misconduct after a grand jury indicted him for enlisting his wife as a deputy coroner without going through the proper legal channels.

In addition, the state suspended the operating license for the Kents’ funeral homes in October 2020, stemming from a complaint about the cremains of a stillborn baby. The client stated she had placed multiple calls to get the child’s cremains from the company, and that when they were given to her, they lacked paperwork and were unusually heavy considering the small size of the child.

Lake and Eagle County sheriff’s departments executed a search warrant Oct. 2, 2020, at the Kent funeral facility at 510 Harrison Ave. in Leadville, where they encountered a grisly scene of disarray.

According to a state report, there were “several bodies in refrigeration, wrapped in sheets or blankets without identifying tags or paperwork; a small unmarked casket containing a stillborn infant that was ‘abandoned’ according to [the] Respondent; and paperwork scattered several feet deep on the floor,” among several other concerns.

Lake County has contracted with Chaffee County Coroner Jeff Graf to step in when needed for transportation and storage of the deceased, but meanwhile, Shannon Kent remains Lake County’s coroner – with conditions.

In a follow-up with Ark Valley Voice, Commissioner Sarah Mudge said, “It is our understanding that the Summit County charges relate to allegations that Mr. Kent violated a state order from DORA (Colorado Department of Regulatory Agencies) regarding the operation of his prior funeral home business in Silverthorne, not performance of his responsibilities as Coroner in Lake County.  In addition, the Board of County Commissioners does not have legal authority to remove the Coroner.

“Kent may continue to fulfill all of his Coroner duties,” she continued, “except for collecting and transporting decedents, as was ordered by the Summit County judge.”