The city of Salida is asking for community input in a branding project that will include a new logo. In a release over the weekend, city staff explained, “The City of Salida is changing, and the current logo no longer reflects the City’s unique and vibrant culture or identity.”

“Over the next few months, City staff and a Brand Committee made up of community stakeholders will embark on a rebranding project to update the city organization’s current logo,” it continued. “The goal is to create a new logo that is a better representation of the city government organization and its responsibilities.” 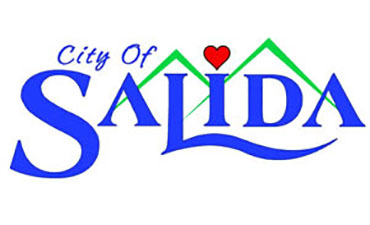 The current logo was created before 2008 and like most graphic images, has become dated over time.

According to the city administration, the current logo has another problem. When it was created, brand guidelines were never incorporated, leading to inconsistent use of the logo. It adds that the current logo doesn’t fully represent the city organization or its responsibilities.

Local graphic designers and community residents will be invited to participate in a variety of ways:

To prepare to get involved, the city is asking community members to sign-up to get the regular updates that it has planned over the coming months about the project.

An email registration  — www.cityofsalida.com/administration/page/logo-project — has been arranged to allow community members to stay up to date on the rebranding process, as a notification for graphic designers when the logo design competition opens, or when community members will be invited to share feedback on the logo options.

All those who sign up for email updates will be added to the city’s project notification list and will receive email updates as the project progresses.