In a press release late on July 20, the City of Salida announced that Christy Doon has been hired to the position of Assistant City Administrator. Ms. Doon is well known in Chaffee County, having worked for the past ten years with the Colorado Department of Local Affairs (DOLA) as the South-Central Regional Manager, providing technical and financial assistance to local governments in a ten-county region including Salida and Chaffee County.

After a competitive process that brought forward multiple qualified candidates, Doon was interviewed online by City of Salida Department heads and also met in person with them and elected officials before making the final cut. 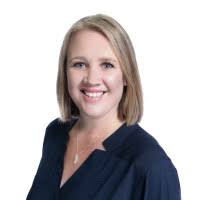 Prior to that, Doon was a Community and Economic Development Specialist for six years with the Department of Local Affairs, Division of Local Government, based out of Denver. Doon is currently also a faculty member of the University of Colorado – Denver and Adams State University, teaching Master’s level coursework in Local Government Administration as well as Human Resource Management and Leadership Development. She started her career in local government as a Best and Brightest management fellow with the Town of Poncha Springs.

According to Mayor Dan Shore, “We are really excited for Christy to join our leadership team at the City, and she will be a tremendous addition for the City organization and the City Council. With the growth of our community and Christy’s deep knowledge of Salida and Chaffee County, the opportunity could not be better for her to take charge of programs in her hometown.

Her human resource background will also help with a growing and dynamic organization to ensure that employees are treated with dignity and respect, while also being held to high professional standards.”

Doon will be joining the City’s administrative team in September after transitioning from her position with the Department of Local Affairs. A Salida resident for the past ten years, Doon, her husband, and their young daughter have been settled in Salida for some time. “Christy has gained a lot of knowledge and experience with the City of Salida and Chaffee County over the years,” said Drew Nelson, City Administrator.

“It’s a blessing to have such great local talent already here in Salida to fill a complex and demanding position.”