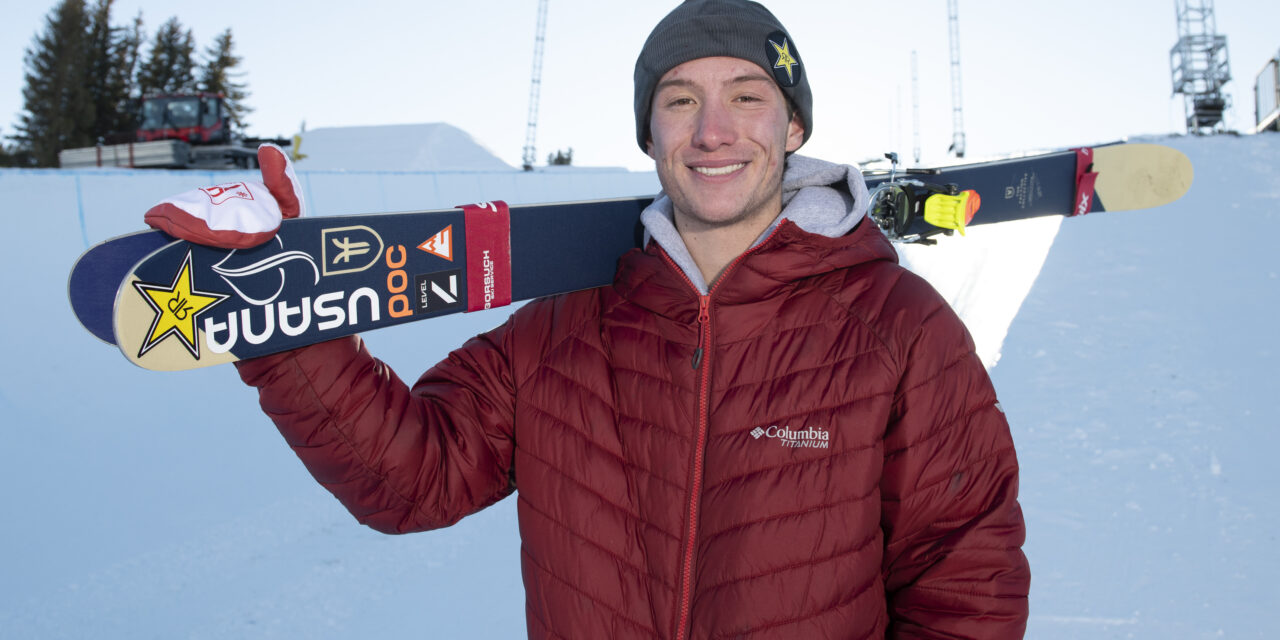 The 2022 Olympic Winter Games are upon us and Colorado Mountain College (CMC) is once again well represented as the world’s best athletes compete for gold in Beijing.

New to the Olympic stage is CMC student Zoe Kalapos. The up-and-coming snowboarder will show off her best tricks as she carves down the halfpipe. The Vail resident is currently earning an associate degree at the CMC Vail Valley at Edwards campus.

CMC graduates Alex Ferreira (ski halfpipe), Mick Dierdorff (snowboard cross) and Katie Uhlaender (skeleton) are all returning Olympians in 2022. Each is in strong contention to medal in their respective events. 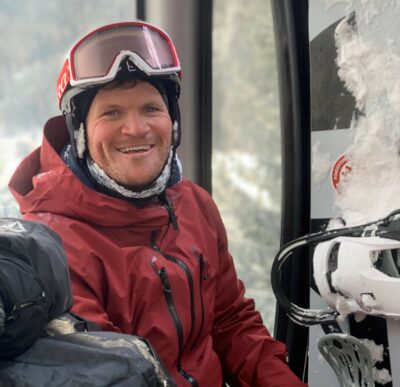 Mick Dierdorff won the 2019 World Championships in boarder cross after earning an associate degree in business at CMC Steamboat Springs in 2015. He’ll be competing at his second Olympic Games this month.

Dierdorff is not only a world-class athlete, traveling across continents and competing literally right alongside the best snowboard cross athletes in the world. He also graduated from CMC Steamboat Springs in 2015 with an Associate of Arts in business.

The 30-year-old Steamboat native started off as a ski racer with the Steamboat Springs Winter Sports Club but switched to snowboard cross when he was 10.

“I was deep into ski racing and I was good at it, but I wanted to try this new crazy thing,” he said about snowboard cross racing, which has been compared to roller derby on snow.

As he got older, Dierdorff consistently rose in the boarder cross ranks – he competed in his first World Cup race at 17, participated in the 2018 Olympic Winter Games and won the 2019 World Championships.

To maintain this level of athleticism requires training, international travel and a heavy race schedule during winters. To supplement his sports career, he took up another passion – carpentry – during the off-seasons, framing houses back in Steamboat. Amidst this, attending college consistently seemed impossible. However, CMC Steamboat offered the ideal scenario. 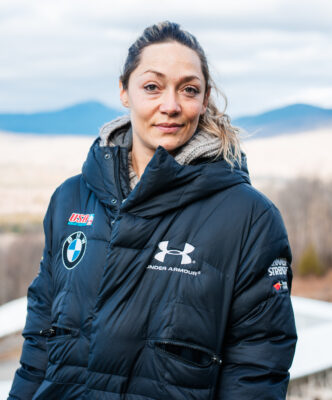 Katie Uhlaender will compete in her fifth Olympic Winter Games. She started her skeleton career in 2006 in Toronto and will once again race in Beijing. She earned an Associate of Arts degree from CMC Breckenridge in 2020.

“So many kids head straight for the state schools,” Dierdorff said. “CMC offered a better way for me to take classes as I could, mostly in the summers. It took a little longer, though it worked out well for me.”

Picking business as a major made sense to Dierdorff. He said he knows he won’t be able to compete on the U.S. Ski and Snowboard Team forever, and though he loves working construction, he wanted to make sure he understands the business side of the building trades.

Along the way, Perry Ninger, former Dean of the CMC School of Business and business and accounting faculty member, made a particular impact during Dierdorff’s time at the college.

“We got along great, and his business experience made his teaching effective,” he said. “Plus, I really enjoyed the smaller class sizes.”

Ferreira, who competes in ski halfpipe and superpipe, is an X Games gold medalist, Dew Tour champion and Olympic silver medalist. His trip to Beijing will be his second Winter Games, and the ski star has a good shot at winning gold.

But Olympic medals aren’t Ferreira’s only priority. He graduated with a bachelor’s degree in business administration at CMC Aspen this past summer. The Aspen native noted the importance of being well-prepared for life with a college education.

This is not Uhlaender’s first time sliding headfirst down a frozen track at 80 miles per hour. The skeleton legend will compete in her fifth Olympic Winter Games this February. She started her skeleton career in 2006 in Toronto and will once again vie for gold in Beijing.

To date, her highest Olympic finish was fourth in Sochi. She also took gold in the 2012 World Championships in Lake Placid.

Throughout her renowned career, Uhlaender still found time to earn an Associate of Arts degree from CMC Breckenridge – an accomplishment she was proud to celebrate during CMC’s virtual commencement ceremony in 2020.

“There are no words for how grateful I am for the support, understanding and encouragement I got to complete my associate degree,” Uhlaender wrote on the college’s commencement website. “CMC has taught me it is worth reaching for the stars. Even if you don’t make it, you’ll go higher than you ever expected.”

AVV readers can Cheer on Team CMC
Be sure to catch CMC’s Olympic athletes in action (all times Mountain Time):

Featured image: CMC Aspen alumni Alex Ferreira is an X Games gold medalist, Dew Tour champion and Olympic silver medalist. He will compete for gold in Beijing after earning a bachelor’s degree in business administration at CMC this past summer