The Colorado Mountain College (CMC) Board of Trustees held a virtual meeting on April 18 at which they unanimously voted to oppose a proposed property tax initiative related to fixed reductions in property valuation in Colorado. While property owners might applaud this, local governments and school districts have warned of negative impacts on education and rural government services. 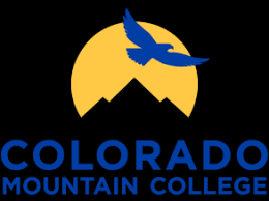 CMC management reported that Initiative 75 could reduce revenues to local government and school districts by as much as $1.3 billion in the first year. It would then have a negative and inversely compounding effect on operating revenues moving forward. The projected potential impacts to rural communities could be particularly acute.

In CMC’s case, staff reported that the initiative would likely result in a significant reduction of programs available to students.

The proposed ballot question has been through at least two public hearings in March and April of 2022.

“The proposed ballot title and submission clause as designated and fixed by the Board is as follows:

Shall funding available for counties, school districts, water districts, fire districts, and other districts funded, at least in part, by property taxes be impacted by a reduction of $1.3 billion in property tax revenue by an amendment to the Colorado constitution and a change to the Colorado Revised Statutes concerning the actual value of real and personal property for purposes of property taxation, and, in connection therewith, limiting the annual increase of a property’s value to inflation or to three percent, whichever is less; and allowing a property to be reappraised when a property suffers a decline in value or is in a county that has suffered a sustained economic downturn?”

Initiative 75 has not officially been added to the November 2022 general election ballot. CMC trustees felt it was important to express their opposition as a board to the initiative because of CMC’s stance regarding the potential negative impact on students, programming, and rural communities.