Cole Buerger, a westerner with deep roots in western Colorado is attempting to step into the void left by Colorado Senator Kerry Donovan’s departure from the U.S. Congressional race for the Third District, to run against Lauren Boebert. 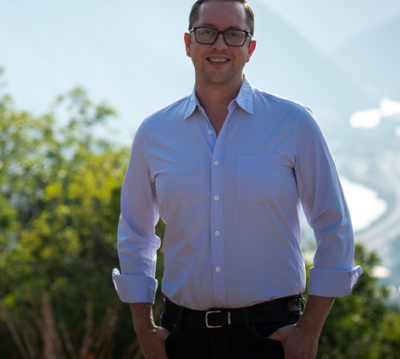 It will be a tall order to flip this deep red district to Democratic blue for the young, fifth-generation Coloradan.

“I have deep roots in Western Colorado. Both of my great, great grandfathers moved here to the mountains of Colorado to build a better life for themselves and their families. I grew up in Silt, on my family’s ranch, showing livestock at 4-H and pushing cattle.”

He is a self-employed consultant specializing in social impact, executive team communication, and policy projects, who has spent the past decade managing a diverse portfolio of program planning, writing, and campaign efforts for a range of clients in the public, private, and nonprofit sectors.

He holds a Masters Degree in public policy from the University of Chicago and a Bachelor’s Degree in international affairs from George Washington University in Washington DC. His early career was spent strengthening democracy around the world and advocating for the rule of law.

“I’ve spent much of my career working with citizens and activists around the world to help democracy take root in their countries,” explains Buerger. “Today, extremists like Rep. Boebert are putting our democracy in harm’s way and so, the time has come to roll up our sleeves to protect our Constitution and our heritage. That’s why I am running for Congress.”

He’s started with a slim war chest as he takes aim at the June primaries. “I don’t have all the money in the world, but I have the right ideas for Colorado’s Third District,” says Buerger.