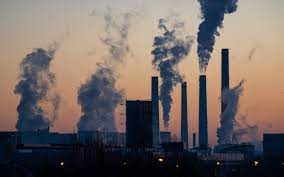 Originally sponsored by Senators Janet Buckner and Faith Winter,  HB21-1266, was strengthened with amendments to direct more resources to communities in transition away from fossil fuels, increase the focus on disproportionately impacted populations, set firm enforcement mechanisms for the electricity, oil, and gas, and industrial and manufacturing sectors, and advance environmental justice in executive branch rulemakings.

“With this law, we can build a sustainable future that supports the health and well-being of our residents, regardless of zip code, as well as the longevity of our environment and precious natural resources,” said Buckner (D-Aurora). “Our efforts to act on climate do not stop here, but this is a major step in the right direction.” 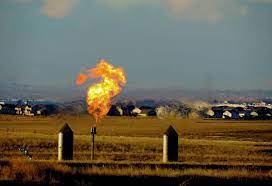 To support the transition of fossil fuel communities, the bill requires an audit of best value employment metrics used by the Public Utilities Commission to better understand if this important policy is actually ensuring that clean energy jobs are good (ie. well-paying, family-supporting) jobs. It requires the Office of Just Transition to develop a long-term budget based on federal, state, and other funding sources, outlining the resource needs of the office.

“Our aim from the beginning was to put the pollution reduction targets from the Governor’s Climate Roadmap into law,” said Senator Faith Winter (D-Westminster). “This law takes vitally important steps to hold our state accountable to our climate targets, creating meaningful and lasting measures to support those most affected by the impacts of global warming.”

The bill eliminates the polluter pay loophole that exempts greenhouse gas emissions from pollution fees. In addition, it establishes what is being called the “Environmental Justice Action Task Force” – consisting of members from local communities, tribal governments, government agencies, and organizations – to determine how Colorado will embed equity in all environmental decision-making, including rulemakings, policy development, and facility permitting. It also creates an independent ombudsperson.

For the first time, this bill requires that polluters pay for their climate pollution – closing a loophole that has existed for decades and adding a new provision that requires the social cost of carbon to be included in economic impact analyses at the Air Quality Control Commission.