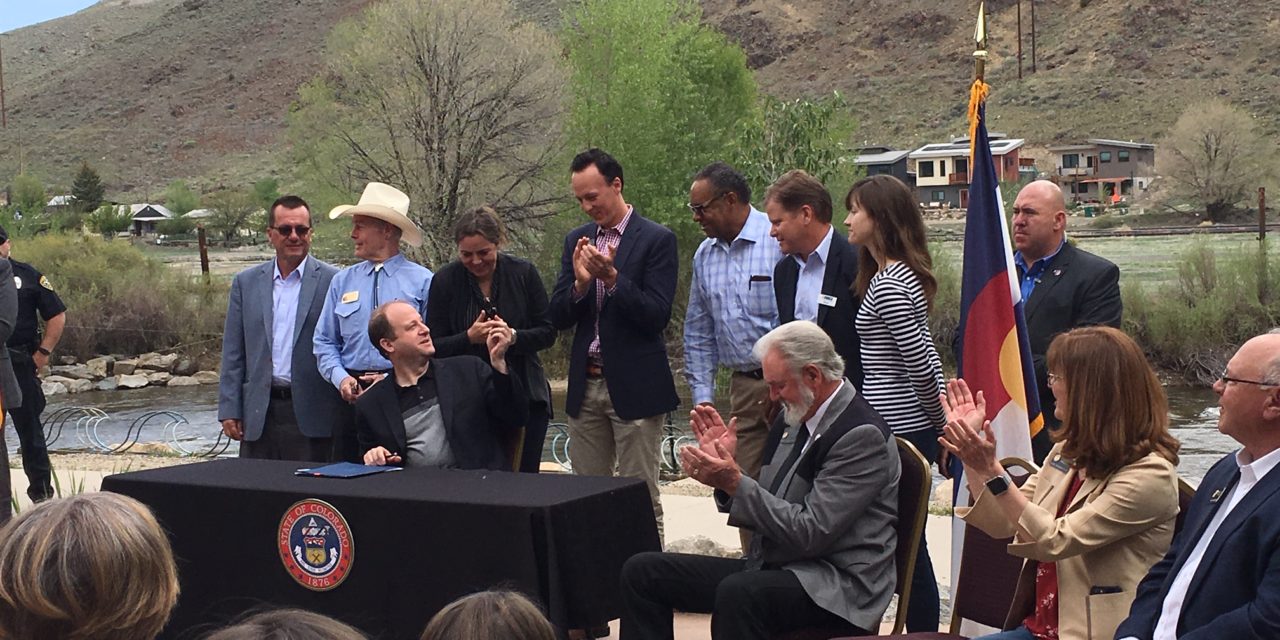 Colorado Gov. Jared Polis chose the banks of the Arkansas River in Salida as the ideal location to sign an unprecedented nine bills into law on Monday morning, June 3. The location underscored both the importance of these bills to Colorado’s rural and recreation economies, as well as highlighting Colorado’s growing preference for collaboration to get things done. 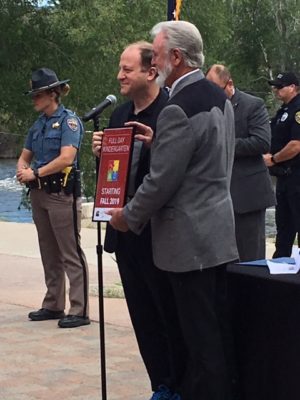 Before getting down to the bill-signing ceremonies, Polis began by pointing out that a bill that became law on May 21 – the Full-Day Kindergarten bill sponsored by District 60 Representative Jim Wilson — is likely to be the signature bill passed in the just-ended Colorado legislative session.

He noted that Wilson, a Republican, is the only member of the Colorado legislature who has experience as a school district administrator, so he understands budgets and the difference this will make for Colorado. 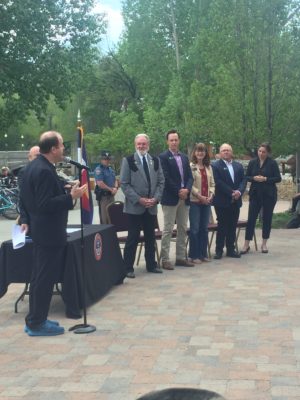 Among the nine important bills signed this morning, SB19-107 also stands out for the years-long effort to pass it. The Broadband Infrastructure Installation bill sponsored by Sen. Kerry Donovan, (D – District 5) and Rep. Dylan Roberts, (D – District 26) will help equalize access to the Internet between metro areas and rural areas. Rural Colorado counties have suffered for years with lack of access, slower uploading speeds, and an absence of redundancy, effectively reducing rural area’s ability to compete in the economic marketplace.

“The path to doing business in rural areas is broadband,” said Donovan, about the bill which focuses on the installation of broadband internet service infrastructure. “This was the first bill I sponsored when I was elected five years ago. It was the first bill out there this year and it’s the very last bill to be signed for this legislative session. What we do know is that it will change the speed at which we can put lines in the ground and it will make sure all of Colorado has the same [broadband] access.” 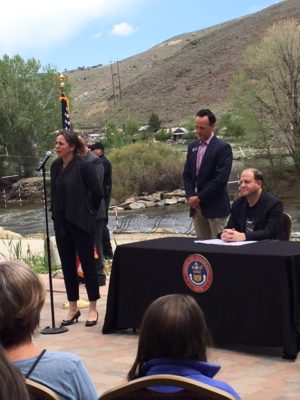 Sen. Kerry Donovan speaks before the signing of SB19-107, the broadband infrastructure bill she has spent five years moving toward passage that was signed into law on Monday. Behind her stands co-sponsor Dylan Roberts and on the right Polis. Photo by Jan Wondra.

“Kerry did all the heavy lifting on this,” said Roberts. “Access to the internet is an indispensable part of our lives and it’s important we create equity between the rural and urban areas.”

Speaking after the presentations, Donovan noted the bill’s importance. “SB19-107 is a national model – we already know that it will probably be duplicated – there are a lot of other states with under-served rural populations that have been watching this. It balances the rights of property owners with the needs of the community; so one person can’t hold up broadband deployment that will benefit the whole community.”

A third bill signed into law, known as HB19-1264, protects the state’s conservation easement tax credit program. It especially important to counties such as Chaffee, increasing the transparency of the program and making an appropriation to support it.

“This is one of three bills that cross geographic and political boundaries,” said Donovan, who co-sponsored the bill with Wilson, Roberts and Sen. Faith Winter. “I personally understand this because my ranch is bordered by million dollar homes. This bill honors the role of ranching and farming in this state, and makes sure that protections are there.” 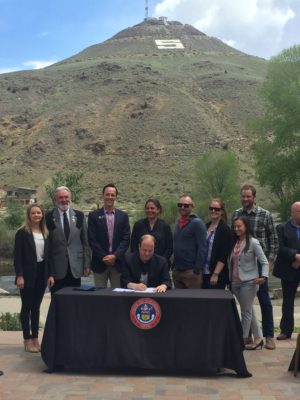 “This [conservation easements] is a tool we use to protect everything we love about Colorado,” said Roberts. “These aren’t partisan issues, they are Colorado issues.”

Other important legislation signed into law in Salida include:

This bill addresses Colorado’s wide discrepancy between the costs of a license and the fines assessed for violations of laws administered by the division of parks and wildlife. When a license costs twice as much as the fine imposed for not purchasing it, there is a system inequity.

The bill, sponsored by Reps. Marc Catlin and Julie McCluskie, and Senators Don Coram and Donovan, adjusts the fine schedule to better address state usage of recreational resources. It has strong support from Colorado Parks & Wildlife.

“The funds raised will go to support youth outdoors education programming,” said McCluskie, a first-year legislator. “Finally the penalty will match the act. This was my first bill into committee, and it’s being signed the last day of the [legislative] session.” 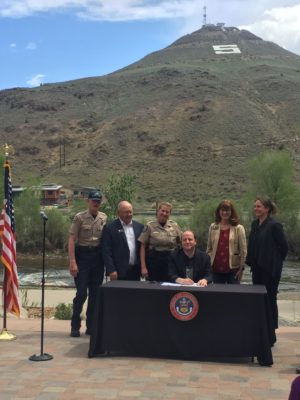 HB1026 tackles Colorado’s wide discrepancy between the costs of a license and the fines assessed for violations of laws administered by the division of parks and wildlife. Photo by Taylor Sumners.

“This bill will bring our fines in line with our values,” said Catlin. “Our natural resources are critical to all of us.”

The bill is focused on public safety. Co-sponsored by McCluskie and Winters, the bill implements the recommendation of the department of regulatory agencies in its sunset review and report on the licensing of river outfitters by the Division of Parks & Wildlife.

“I think this will be the best year on the rivers in years, and outfitting represents $200 million per year in Colorado,” said Polis. “And probably half of that is from Salida, Buena Vista and Cañon City outfitters.”

This bill sponsored by Donovan and Roberts is focused on the funding of Colorado water conservation board projects and assigns an appropriation to protect those projects.

“We all know students will need more than a high school education for the economy of the future,” said Polis. “While not every student might go to college, this can allow for course work, for vocational training too.”

This bill is designed to fund an enhanced school safety incident response grant program. It was sponsored by Wilson and Sen. Pete Lee.

Another bill sponsored by Donovan, Catlin, Coram and including Rep. Jeni Arndt, seeks to protect Colorado surface water from contamination by the expansion of agriculture chemical management plans.