Three bills were introduced this past week in Congress focused on the protection of women’s reproductive health care rights despite the U.S. Supreme Court’s repeal of Roe v. Wade. Both Colorado U.S. Senators Michael Bennet and John Hickenlooper have been involved in the bills as co-sponsors. While the House passed two of them, and months earlier had passed the Women’s Health Protection Act, sadly, there isn’t much chance of any bills focused on women’s reproductive rights passing the Senate. 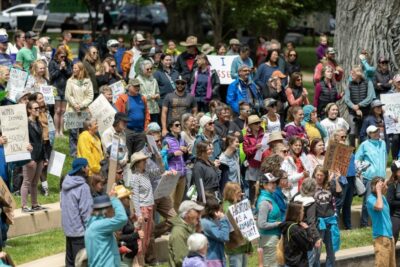 That’s not for lack of trying. “The attack on reproductive freedom threatens jailing millions of women and their doctors,” said Hickenlooper. “These bills would protect women seeking care in Colorado. Now let’s vote.”

Republicans in the Senate have blocked votes to even decide whether they could be brought to the Senate floor for debate.

“Every person deserves the right to make their own health care decisions, but across the country, politicians are attempting to strip away reproductive rights,” said U.S. Senator Michael Bennet. “In the face of challenges to Roe v. Wade, it is more important than ever for Congress to pass the Women’s Health Protection Act to enshrine access to reproductive care into law once and for all.”

This bill would protect every woman’s constitutional right to travel across states lines to receive abortion care—and protect the providers who care for them. 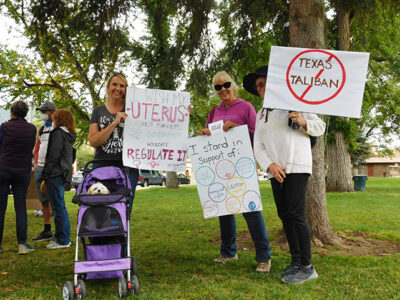 Legislation introduced in Missouri, and draft legislation proposed elsewhere, is targeting interstate travel for abortion care. The Freedom to Travel for Health Care Act underscores the Constitutional protections for interstate travel and provides redress for women whose rights are violated.

The legislation would also protect health care providers in pro-choice states like Colorado from prosecution and lawsuits for serving individuals traveling from other states.

“After the Texas abortion ban took effect, one woman had her water break at 19 weeks – actually on her wedding day, she’d moved up her wedding day,” said Hickenlooper in his remarks. “The doctors recommended terminating her pregnancy to protect her life, increasing the likelihood she could have children in the future. But it wasn’t allowed in Texas.”

“So she flew to Colorado for emergency care. Her doctor had her make a plan for this travel in case she went into labor on the flight. The plan was to sit near the bathroom. That’s what it will soon come to for women in half of America.” 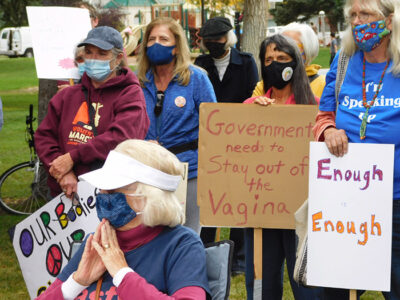 Protecting Access to Medication Abortion Act would codify access to abortion pills in states where abortion is currently legal by protecting current FDA guidelines that allow women to access medication abortion through telehealth and certified pharmacies, including mail-order pharmacies.

Many states and lawmakers have openly targeted abortion pills as the “next step” to restrict women’s access to abortion care.

More than half of women who have an abortion will use medication abortion. In the 20 years since its approval, the evidence has shown that medication abortion can be prescribed to patients without an in-person appointment, is safe and effective for people to take in their own homes, and can be sent through the mail.