As early as today, March 22, the Colorado Legislative Audit Committee may see the first draft of a bill from the State Auditor that would authorize the investigation of the state’s 17 nonprofit community mental health centers, which together represent the state’s approach to providing mental health to Colorado residents. For the past 60 years, each has been granted “non-compete contracts and a privileged rate status” say critics, “without meaningful oversight.” 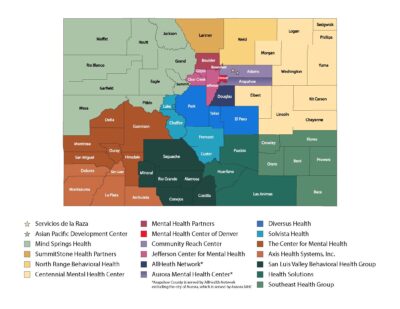 In January 2022,  Reps. Dafna Michaelson Jenet, (D-Aurora) and Colin Larson (R-Littleton), and Sens. Robert Rodriquez (D-Denver), and Julie Gonzales (D-Denver), all of whom are members of the audit committee, came together to demand an audit of activities. Their decision is not occurring in a void.

The audit bill was been ordered after months of investigative journalism by several members of the Colorado News Collaborative (COLab), of which Ark Valley Voice is a member. In December, COLab reported that the centers “collectively have treated fewer clients during the pandemic than before it, despite skyrocketing mental health needs.”

At that time, the Colorado Behavioral Healthcare Council, which advocates for the community clinics across the state, stepped forward declaring that they believed an audit of activity across the 17 regions was warranted and in a letter to Governor Jared Polis, requested that the state conduct such an audit.

The Colorado News Collaborate report revealed that even as the need for mental health services has risen dramatically, “more than half the centers have been sitting on liquid reserves of $10 million or more. Denver’s center kept more than $40 million in liquid reserves while its clients faced record-long wait times for care.”

In this region, the four-county area served by Solvista Health includes Chaffee, Fremont, Lake, and Custer counties. At year-end CEO Brian Turner reported that Solvista Health had served more than 5,300 people, but he tracked that to a 96 percent increase over 2017, not over 2021. 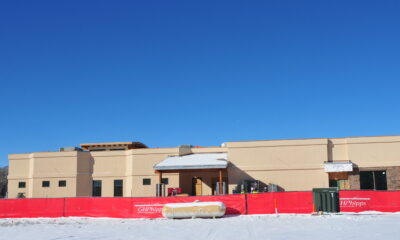 Construction continues with workmen handling outside equipment at the Solvista Health Assessment Center Building on the HRRMC campus in January. Dan Smith photo.

Among the findings across several of the mental health providers as revealed in the COLab investigative work:

The audit intersects with another state action: Colorado is in the process of authorizing a new Behavioral Health Administration (HB 1278) supposedly designed to centralize the many overlapping oversight areas of mental health into a transparent and more organized approach. Also this week, legislators will look at the first of several bills that could authorize spending $450 million in federal American Rescue Plan Act dollars on behavioral health, believed to stem from the COVID-19 pandemic.

Editor’s Note: The Colorado News Collaborative, of which Ark Valley Voice is a member, has spent several months of investigative reporting on the 17 nonprofit mental health centers that make up Colorado’s approach to providing mental health services to the residents of Colorado. The featured image identifies the 17 regions.