The 2021 Colorado legislative session is in its final days, with a lot still to do.  Even after 623 bills and counting — a record number that has crammed two session’s work into a single frantic General Assembly session, there is more to come. What some have called “landmark bills” are still making their way through the General Assembly. By law, the state’s lawmakers will be forced to adjourn at 11:59 p.m. on June 12.

Here are some of the major pieces of outstanding legislation lawmakers are trying to take up before that adjournment, several related to guns and law enforcement: 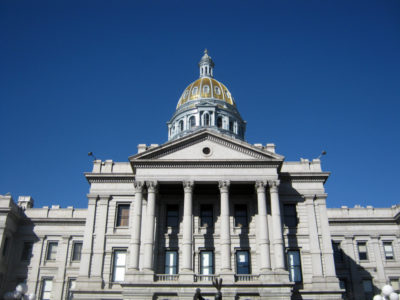 The bill allows the commissioner of insurance to create a standardized healthcare plan for the individual and small group market. Projections are that it will bring down premiums costs by 15 percent over the next three years.

The House passed it on May 10 and the Senate passed it with amendments on May 26. The House is currently considering Senate amendments.

The Senate passed it on May 7, and the House passed it on second reading on June 4 with amendments. It needs to go through a third reading before it may make it to the governor’s desk.

The $5.3 billion transportation sustainability bill covers a ten-year timeframe and would be funded through a range of new fees.

The House passed it with amendments on June 2, the same day the Senate re-passed it. While the General Assembly basically approved it, there remains the third readings in the House and then it will have to be re-passed by the Senate before it can go to Governor Jared Polis’ desk for signature.

The Senate Appropriations Committee approved it on May 12, but the governor threatened to veto it, rendering it effectively dead for the session. Lawmakers are placing some major elements of SB 200 into another bill, House Bill 21-1266 with the goal of seeing if that will pass. HB 1266 passed on May 13, and there was a scheduled hearing today in Senate Finance Committee.

This bill, if passed, would phase out single-use plastics and polystyrene food containers. It passed the House on May 5 and it passed the Senate with amendments on June 2, putting it back in the lap of the House to consider those amendments. 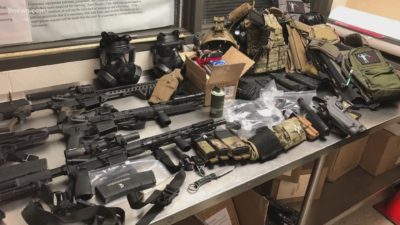 Weapons and armament seized June 20, 2020, by Denver Police at protest from boogaloo boy Chevy McGee and his friend. Courtesy 9news.

This is one of three measures introduced in the aftermath of the Boulder King Soopers mass shooting. The bill would ban those with convictions for violent misdemeanors from buying guns for five years after the conviction, closing a loophole in the law.

That loophole allows dealers to transfer a firearm to a buyer without a background check if it doesn’t come back within three days. The House passed on May 17, followed on May 25 by the Senate (with amendments).

This is the second of three bills introduced after the Boulder mass shooting. It would create a state government office tasked with reducing gun violence.

The third and final bill from the post-Boulder shooting time frame lifts Colorado’s ban on local governments passing stricter gun laws than those established by the state. An earlier ruling by the Colorado Supreme court struck down Boulder’s strict gun laws, just prior to the Boulder shootings.

The House passed it with amendments on June 3. The senate has yet to take action. 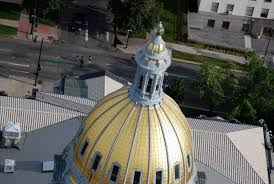 The dome of the Colorado State Capitol. Photo by The Colorado Independent

This bill is a follow-up to last year’s Colorado police accountability package passed in the aftermath of George Floyd’s death.

Among other elements of this landmark bill, it broadens the use of body-worn cameras and data collection requirements and seeks to make Colorado law enforcement more accountable for their own actions, rather than being completely shielded from any liability by their status as law enforcement personnel.

The House passed it on May 19. The Senate cleared it on June 3, with several amendments. The bill needs to clear the third reading in the Senate and be re-passed or otherwise reconciled by the House before it can go to Polis’ desk. There is some question of whether in this short time frame that can happen.

House Bill 21-1251, Appropriate Use Of Chemical Restraints On A Person

If passed, the bill would limit law enforcement’s ability to direct EMTs to administer ketamine, a so-called “chemical restraint” that over recent years has been increasingly called into question. In 2019 a young Black man, Elijah McClain, who was walking home from a trip to a convenience store, died after it was administered to him while in the custody of the Aurora Police Department.

The House passed it on May 14 and the Senate followed on June 1, but with amendments. A June 4 conference committee made recommendations to which the House has yet to respond.