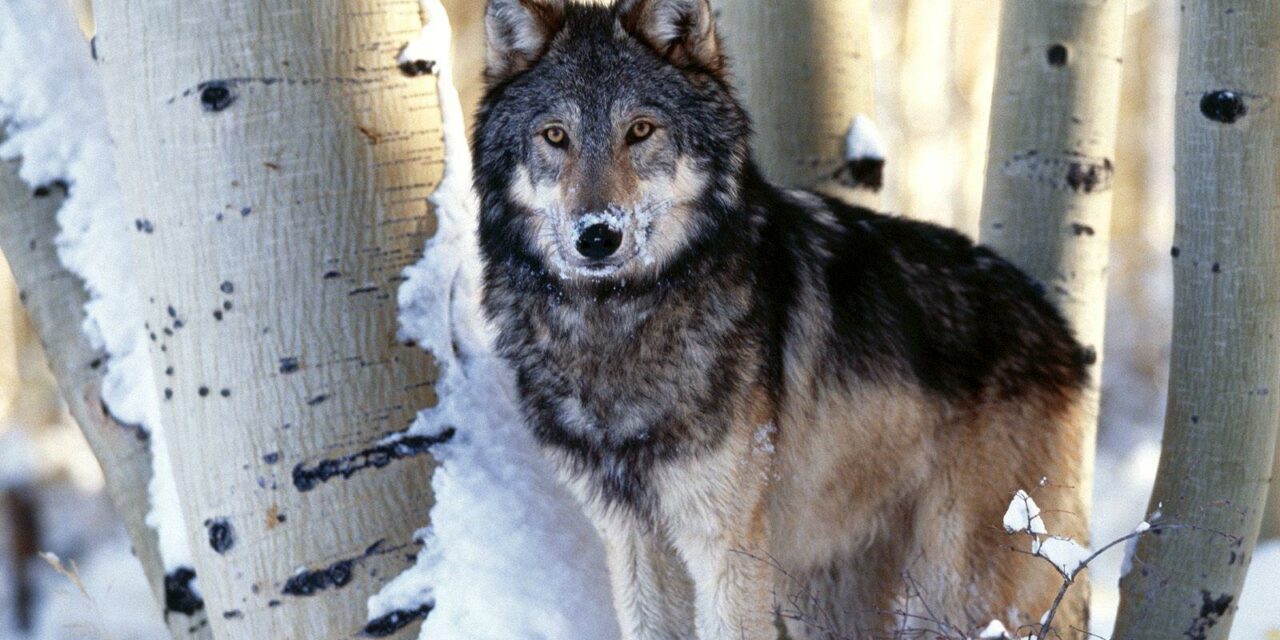 Wolves are a touchy subject in rural areas of Colorado; where some are all for their reintroduction and others, often ranchers and wildlife lovers, exhibit skepticism. But the decision has been made to reintroduce the gray wolf to Colorado. The question is: how.

This week Colorado Parks and Wildlife released its Draft Colorado Wolf Restoration and Management Plan. The public is being invited to provide feedback at upcoming meetings and through the use of an online comment form.

The draft (details of it could change before final approval is given ) was presented by the Parks and Wildlife Commission (CPW Commission) at a virtual meeting streamed live on YouTube on Friday.  (view recording here). The CPW Commission will discuss and take feedback from the public at five upcoming meetings around Colorado. The public can comment on the draft plan online and in the upcoming public meetings through February 22, 2023, by visiting engagecpw.org.

Now that the draft Plan has been presented, the CPW Commission will discuss and take feedback from the public at five upcoming meetings around Colorado.

“All Coloradans interested in wolf restoration should view the recording online at a time that is most convenient for you,” said CPW Acting Director Heather Dugan. “Please take a look at the draft plan and submit your input at a public meeting in January and February or through the online comment form.”

The in-person hearings will begin with CPW providing a brief overview of the plan. All the hearings will provide time for Commissioner questions and discussion. Visit the CPW website for information on participating in these meetings.

Additionally, CPW appointed two advisory bodies: a Technical Working Group (TWG) to review objective, science-based information as well as provide their own knowledge and experience at the state/federal/tribal level to inform the development of the Plan; and a Stakeholder Advisory Group (SAG) to provide recommendations to staff and the CPW Commission about social implications associated with wolf restoration and management for consideration in drafting of the Plan.

Highlights of the Plan

Restoration logistics provide that CPW will reintroduce 30 to 50 wolves in total over the next three to five years (10-15 animals per year).

Wolves will likely be sourced from populations in the northern Rockies in cooperation with the respective state wildlife agencies.

Captured wolves will be reintroduced onto state and cooperating private lands in select areas west of the Continental Divide with a 60-mile buffer from neighboring states.

Monitoring and Management. CPW will place GPS monitoring collars on reintroduced wolves, and monitor wolf packs as they develop in the coming years.

The draft plan describes an impact-based management philosophy. Wolves will have both positive and negative impacts on the state. If wolves are causing a negative impact, CPW will utilize multiple management tools including education, nonlethal tools, and in rare cases involving wolf depredation, lethal management to resolve the problem. Wolves will be managed within Colorado using a phased approach, based on the number of animals present in the state.

The plan does not permit a regulated wolf hunt.

If a depredation incident is confirmed by CPW, livestock owners can be reimbursed the fair market value of the animal, up to $8,000. The plan allows for reimbursement of veterinarian costs for the treatment of injured livestock or guard/herding animals.

In large open-range settings, livestock owners will have the option of compensation for some production losses or indirect costs like decreased conception rates and other indirect losses on a case-by-case basis. By statute, wolf depredation reimbursements will not be sourced from hunting and fishing license fees or associated federal grants.

Now that the draft Plan has been presented, the CPW Commission will discuss and take feedback from the public at five upcoming meetings around Colorado. The draft Plan is now posted on CPW’s Wolves – Stay Informed page. A form for public comment is posted at engagecpw.org and will remain open through Feb. 22, 2023.

Following the five input meetings, this will be the schedule for decisions:

April 6, 2023 – Final Draft Plan and Regulations (Step 1 of 2), TBD, 8:00 a.m. to 5:00 p.m.
CPW staff will present the final draft Plan and associated regulations (Step 1 of 2). In-person public comment will be taken in a similar manner to the hearings and online comments may be made through engagecpw.org. The meeting will be streamed to YouTube to listen to live or by recording.

May 3 – 4, 2023 – Final Plan and Regulations (Step 2 of 2) Approval, Glenwood Springs – Times TBD
Commissioners will vote on approval of the final Plan and associated wolf regulations.

Visit CPW’s Stay Informed page and sign up for the Wolf Reintroduction e-News to stay up to date with CPW’s Wolf Restoration efforts.

Featured image: A watchful gray wolf. After being hunted out last century, the gray wolf is being reintroduced to Colorado. Image courtesy of freehdw.com.