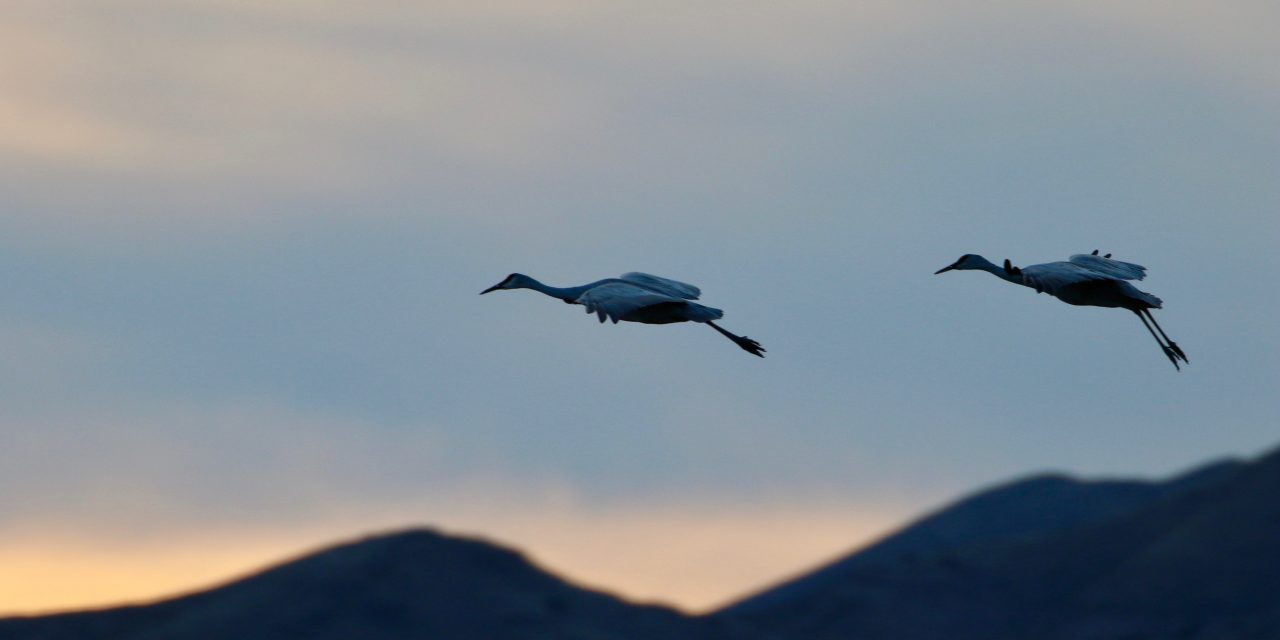 CPW will award more than $1 million in funds from Great Outdoors Colorado (GOCO) and Colorado Waterfowl Stamps to projects in Colorado that support the two main goals of the Wetlands Program Strategic Plan:

1. Improve the distribution and abundance of ducks, and opportunities for public waterfowl hunting. Applications supporting this goal should seek to improve fall/winter habitat on property open for public hunting (or refuge areas within properties open for public hunting) or improve breeding habitat in important production areas (including North Park and the San Luis Valley in Colorado, and other areas contributing ducks to the fall flight in Colorado).

2. Improve the status of declining or at-risk species. Applications supporting this goal should seek to clearly address habitat needs of these species. See species list on the Wetlands Priority Species page.

“Wetlands are so important,” said CPW Wetlands Program Coordinator Brian Sullivan. “They comprise less than two percent of Colorado’s landscape, but provide benefits to over 75 percent of the species in the state, including waterfowl and several declining species. Since the beginning of major settlement activities, Colorado has lost half of its wetlands.”

The application deadline is Monday, Feb. 6. The Wetlands Funding Request for Applications (RFA) is available on the CPW website, and can be downloaded by clicking here.

​This cycle, CPW may fund a limited number of shallow wetland development projects that benefit primarily Tier 1 duck species and other wildlife, but where hunting is not allowed (e.g., urban or “community” wetland projects on city or county open space properties). These projects should emphasize educating the public on the value of wetlands for wildlife and other ecosystem services, equitable access and benefitting traditionally underserved constituents.

Habitat Scorecards are no longer required as part of a grant application. However, review of the priority species fact sheets and scorecards​ during application development is strongly encouraged. Scorecards must be submitted by successful grant applicants​ before funds will be released.

Tier 1 species such as the Blue-winged Teal, the Sandhill Crane, Northern Pintails, or the Western Yellow-billed Cuckoo, are the highest priority for project funding.

The Colorado Wetlands for Wildlife Program is a voluntary, collaborative and incentive-based program to restore, enhance and create wetlands and riparian areas in Colorado. Funds are allocated annually to the program and projects are recommended for funding by a CPW committee with final approval by the Director.

Since its inception in 1997, the Colorado Wetlands Program and its partners has preserved, restored, enhanced or created more than 220,000 acres of wetlands and adjacent habitat and more than 200 miles of streams. The partnership is responsible for more than $40 million in total funding devoted to wetland and riparian preservation in Colorado.