The expected passage of HB22-1326, a bill that would combat the rapid growth of deadly fentanyl took a turn in the Colorado State Senate this week and late Friday afternoon it passed the Senate. Now it will move back to the House. The normally cohesive Senate held a spirited debate in which they unexpectedly voted to make the punishment for those caught possessing the lethal synthetic opioid more severe.

“We are in the third wave of the opioid epidemic and in the worst overdose crisis in the history of this country,” began a joint statement by the bipartisan sponsors Senator Brittany Pettersen, D-Lakewood, and Senator John Cooke, R-Greeley after the Senate passage.

“Fentanyl is the drug of choice for the cartels because it’s potent, cheap and easy to traffic,” said Pettersen. “We need to go after the dealers who are poisoning our communities and provide training and resources to better equip law enforcement to investigate fentanyl poisonings while increasing access to desperately needed treatment and life-saving harm reduction tools. This bill is about saving lives with a comprehensive public health and public safety approach and will complement the work we’re doing to fix our broken behavioral health system throughout Colorado.”

With only a few days left before the May 11 end of the legislative session, it appears that the bill, HB22-1326, will pass both houses. But how it will look by the time it gets the necessary votes is something else. This week the initial bill laid out that a parameter of possession of one to four grams of the deadly drug fentanyl could result in felony charges; that is, as long as prosecutors could prove the person “knowingly” possessed the substance containing fentanyl. 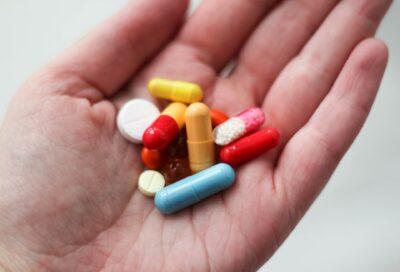 Photo by Ksenia-Yakovleva on Unsplash

But during floor debate before the Senate vote, that amount dropped to just one gram of any substance that contains any amount of fentanyl. Even if it’s a coating from resting next to a fentanyl product. Even if the person had no clue their drug was laced with fentanyl.

That’s a major change to the bill. It could well be that those advocating this change are influenced by some law enforcement officials who would like to see stiffer criminal penalties.

But on the other side of the debate are behavioral health, and public health experts who say that this attitude is unhelpful; that being “tough on crime” won’t stop drug use or drug sales. Nor will it help them treat those with substance abuse issues.

What is clear is that Colorado, like states across this nation, is dealing with a fentanyl crisis, with deaths occurring among people using drugs for the very first time: many of whom don’t even realize that fentanyl is what they are taking.

What happens next at the Capitol could be interesting. By Wednesday, the state may know what is in the final bill, and the hope is that it will prevent what is increasingly becoming a fentanyl epidemic from getting worse.