But is this a good idea and would it put a halt to this “Family-building” Option for Couples Struggling to Conceive? 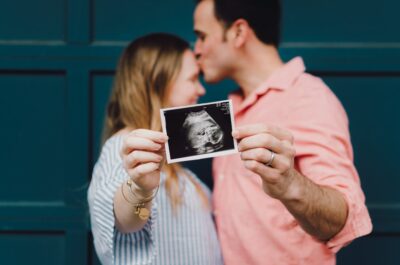 Photo by Kelly Sikkema on Unsplash

The bill is historic … and untested. Colorado would be the first state in the country — in fact, no state in the country has come even close to enacting a set of comprehensive regulations covering donor conception — including making the identities of the donors of eggs or sperm (known as gametes) known to the donor-conceived persons. (In 2011, Washington became the first state to allow disclosure of donor-identifying information and medical history to children when they turn 18.)

While European countries began to address the issues related to assisted reproductive technologies in the past decade, there have been no laws enacted in this country ensuring the rights to this information to donor-conceived persons.

Assisted reproductive technologies like in vitro fertilization can help expand families, but regulations aren’t consistent across states. The fertility industry generates approximately $8 billion in revenue annually and plays a role in the birth of tens of thousands of children each year. Regulations are currently limited even as technology evolves and demand increases.

Coming at a time when the nation has been roiled by a leaked U.S. Supreme Court decision that might gut the abortion protections of Roe v. Wade, the proposed bill could receive an awkward reception from the public.  The bill passed the Senate State, Veterans, and Military Affairs Committee with a unanimous bipartisan vote and flew through the Senate on Wednesday. It now moves to the House for consideration.

Many are calling the comprehensive nature of this bill “groundbreaking,” and a step toward access to their genetic and medical information for those conceived with the aid of science, revealing predisposition to diseases such as diabetes, anemia, or cancer. Others point out that making mandatory disclosure of this most intimate and personal decision for those desperately trying to become parents, could severely impact the availability of this option and inhibit decisions regarding this family option.

The bill provides for the following:

For more perspective on the bill, see this Above the Law feature story.

Fertility treatment is expensive and it can take a number of forms. They may include fertility medication, intrauterine insemination, in vitro fertilization (IVF), or the use of donor sperm, eggs, or embryos. Expenses vary widely depending upon the treatment type but can range from roughly $15,000 to $30,000 for a single IVF cycle to about $1,000 for a vial of sperm. Often, multiple tries are needed to achieve a pregnancy, and the costs can add up.

Despite these costs,  the number of people seeking reproductive technology has consistently risen. U.S. births from what is known as “assisted fertility treatments” tripled between 1996 and 2015. The number of people who use reproductive technology is consistently rising too. According to Resolve.org, one-third of U.S. adults say either they have, or they know someone who has, used fertility treatments to conceive.