This past week, Colorado Senate President Leroy Garcia, Jr. (D) was selected to serve as the immediate past president of the National Conference of State Legislatures (NCSL). He joins the bipartisan organization’s leadership team serving the nation’s 7,383 state lawmakers and legislative staff. Garcia was appointed to serve the remaining term of former Vermont Speaker Mitzi Johnson (D), who lost her election in November.

The position exists as one of seven officers who help steer NCSL to best serve legislators and legislative staff by guiding important policy and budgetary decisions. 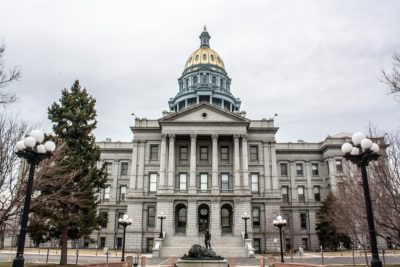 “I am honored to have been selected to serve on NCSL’s Officer’s
Team,” said Garcia (D-Pueblo). “NCSL’s research, training programs and networking opportunities are integral to the success of the Colorado Legislature, and I am looking forward to working with other leaders from around the country as NCSL’s immediate past president.”

The Colorado Senate president will serve as the past president through the 2021 NCSL Legislative Summit, at which time NCSL’s current president, Wisconsin Assembly Speaker Robin Vos (R) will assume the role.

The sixth-generation Coloradoan who lives in Pueblo’s south side, has been an active participant in NCSL events, particularly with NCSL’s Leaders’ Center and NCSL’s Task Force on Military and Veterans’ Affairs. He is a former member of the Appropriations and Agriculture, Natural Resources and Energy Committee and current chair of the Legislative Council in Colorado.