Today, bipartisan legislation that seeks to protect survivors of child sexual abuse passed the Colorado Senate with unanimous support. The bill, sponsored by Senators Jessie Danielson and Don Coram, allows survivors of sexual abuse to sue individuals or institutions for damages, no matter how long ago the abuse occurred.

“I am incredibly proud and relieved to see this legislation move forward today. For too long victims of sexual abuse have watched their perpetrators live on without recourse,” said Senator Jessie Danielson, D-Wheat Ridge. “It is high time that these survivors – whose innocence or dignity was stolen from them – see their abusers held accountable. 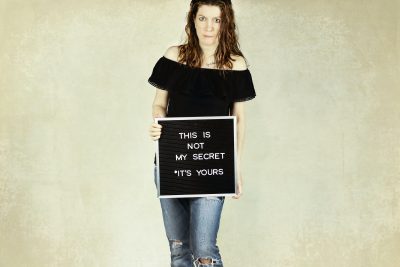 In an effort to protect survivors and hold perpetrators accountable, this legislation would further define sexual misconduct and eliminate the civil statute of limitations, which is often used to defeat childhood and adult claims of sexual assault.

Currently, the statute of limitations to bring a civil claim based on sexual abuse against a child is six years in most cases. As such, the bill would eliminate the restriction on damages for those currently within the statute period as well as for those victimized going forward.

The bill has strong support from the Colorado Coalition Against Sexual Assault (CCASA), which provides leadership, advocacy, and support to address and prevent sexual violence in Colorado.

“Statutes of limitations are the tool most often used to deny and defeat claims of sexual abuse, but we know that healing from trauma has no timeline; that is why the civil statute of limitations needs to be eliminated,” said Raana Simmons, CCASA’s Director of Public Affairs. “Survivors in Colorado deserve the ability to access the civil legal system on their own schedule.”

In addition to this piece of legislation, Danielson has introduced the Child Sexual Abuse Accountability Act, SB21-088, which would create a new path for survivors of child sexual abuse to pursue civil claims against their abusers and the youth programs or organizations that were responsible for covering up that abuse.

SB21-073 now moves to the House for consideration. To track the progress of the bill, visit the Colorado General Assembly’s website.