Tiny Home manufacturer Tumbleweed Tiny House Co. filed for Chapter 11 bankruptcy last week. In its March 4 filing, it listed between $500,000 and $1 million in assets and at least $3 million in debts to between 100 and 199 creditors. 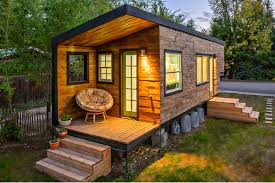 Less than three years ago, the company and its CEO Steve Weissmann, was featured on the CNBC show called “The Profit.”

Companies use Chapter 11 bankruptcy protection to reorganize, with the hope of keeping the business alive. The arrangement allows them to pay creditors over time.

As reported by Businessden.com, Tumbleweed was founded in 1999, and Steve Weissmann took over as CEO in 2007. According to the company’s website, it manufactures four styles of tiny homes, ranging from 166 square feet for nearly $57,000 to 245 square feet starting at nearly $77,000.