The Colorado Supreme Court has ruled that HB21-1164, Total Program Mill Levy Tax Credit, is constitutional and does not violate the Colorado Taxpayer Bill of Rights, or what is commonly referred to as TABOR. This could be good or bad news for Colorado’s schools, depending upon the school district.

This decision has been a long time in the making. In 1992, Colorado voters approved TABOR, which limits the creation of new taxes or tax increases without the approval of voters. Starting in approximately 1994, local school districts went to their voters to ask if the school district could retain tax revenue that was already being collected when that revenue came in above the TABOR-mandated limits.

This is referred to as “debrucing” and has been a common practice. In fact, 51 out of the 64 counties in the state and 230 out of the 274 municipalities in Colorado have all debruced since TABOR’s inception in 1992. Of the 178 school districts in Colorado, 174 were successful in debrucing, (obtaining voter approval to allow them to retain the additional taxes). However, the Colorado Department of Education (CDE) erroneously lowered mill levies despite voter approval to debruce and keep the taxes collected.

In 2009 the Colorado Supreme Court agreed to hear a case now commonly referred to as the “Mesa case”. The case involved the County Commissioners of Mesa County and several other entities, including CASB, asking the Court to rule on the validity of the CDE directive regarding local property mills.

In the Mesa case, the Colorado Supreme Court ruled that the CDE had acted erroneously in telling school districts, whose voters had approved the district to retain tax revenue above the TABOR limits, to lower their mill levies. Since 2009, the Colorado General Assembly had not created a bill to address the problem with local property mills, so the issue remained unresolved. 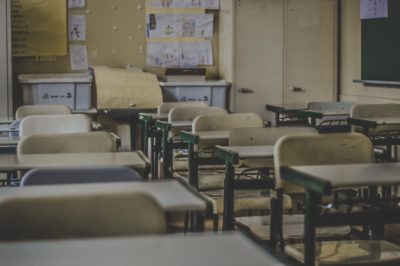 HB21-1164 requires CDE to adopt a schedule to correct the problem brought forth in the Mesa case and to apply it evenly across the state. The bill calls for mill levies to not increase more than one mill per year until they reach 27 mills or full funding of the local share. HB21-1164 has been “on-hold” in the Senate awaiting the ruling from the Court.

The bill passed out of the Colorado House in mid-March along largely party lines. An amendment added to the bill in the House requires the General Assembly to allocate any new funding raised to be used for education as long as the Budget Stabilization factor is in place.

This is the text from the official legislative description of the bill:

revised fiscal note on the bill – Appendix B – provides the estimated additional funding to each district under the new schedule. The bill will provide approximately $90 million in funding for the 2021-22 fiscal year and funding will be distributed through the School Finance Act. HB21-1164 was passed today and is awaiting signature by the Governor.

“It is not something we have control over, and the board has advocated hard for the last few years at the Capital to not move in this legislative direction,” explained Salida Superintendent, David Blackburn. The increased property taxes will decrease the state equalization share that goes to our community. Meaning, taxes will go up as per the Supreme Court and state legislators, but it will not mean more money going to our schools.”