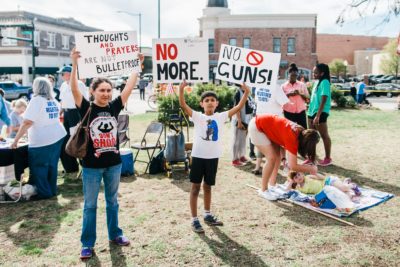 “The Supreme Court’s decision upholds common-sense gun safety reform and keeps dangerous weapons-of-war off the streets,” said Sen. Rhonda Fields, D-Aurora, who was a sponsor of the legislation, “The only purpose of large-capacity magazines is to inflict mass casualties, and that is exactly what they have been used for across the country and in our own backyard.”

HB13-1224 was passed a year after the tragic Aurora theater shooting where 12 people lost their lives during a midnight showing of “The Dark Knight Rises”. The assailant used a semi-automatic rifle equipped with a 100-round magazine in order to maximize the devastation. The larger the magazine, the more shots can be fired from the gun before requiring reloading.

“We need robust measures in place to end the cycle of terrorizing violence against our communities, and this law helps do just that,” said Fields. “I am proud to have sponsored this significant piece of legislation and am committed to continuing to fight for regulations that keep us all safe.”

In the court opinion, Justice Marquez wrote that the ban “is reasonably related to that legitimate — and increasingly critical — state interest” and “has neither the purpose nor effect of nullifying the right to bear arms in self-defense” outlined in the Colorado Constitution.