A bill sponsored by Colorado Representative Diane DeGette (D-Denver) that would protect 1.4 million acres of wilderness in Colorado and the West, has advanced in Congress and now faces the U.S. Senate, where its passage is questionable, given the Republican majority. 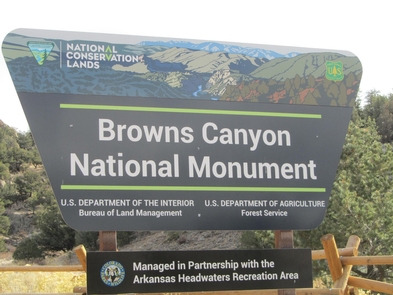 The bill, which was introduced in May of 2019, passed the U.S. House of Representatives on Wednesday, Feb. 12 with a vote of 231 to 183. The bill was introduced in May by U.S. Rep. Diana DeGette, a Democrat from Denver. Originally envisioned as the Colorado Wilderness Act, it has been expanded with additional support from other legislators to become the Protecting America’s Wilderness Act.

The legislation’s goal is to protect a large swath of wilderness areas in Colorado, California and Washington state. It would designate the North Ponderosa and South Ponderosa gorges of the Dolores River in Colorado as federally protected wilderness.

The effort represents one of the largest efforts in a decade to not just save wilderness areas from exploitation, but to provide the general public with more opportunities for hiking, rafting and camping away from the effects of development.

DeGette staffers have confirmed that she’s been working with senators to try to make sure the House legislation is included in any land protection package the Senate may consider this year.

Colorado would gain more than 660,000 acres of protected wilderness if senators either approve the freestanding legislation, or blend it into a broader land protection package that passes the Senate. The protected area is not one broad swath of wilderness; it is 36 parcels mostly consisting of mid-elevation plant and wildlife habitat. This would include land around Handies Peak near Silverton, the Dolores River Canyon in southwestern Colorado and the Little Bookcliffs northeast of Grand Junction. It would also include the 17,922 acre Browns Canyon in Chaffee County.

Colorado Wilderness Act to get House Vote this Coming Week