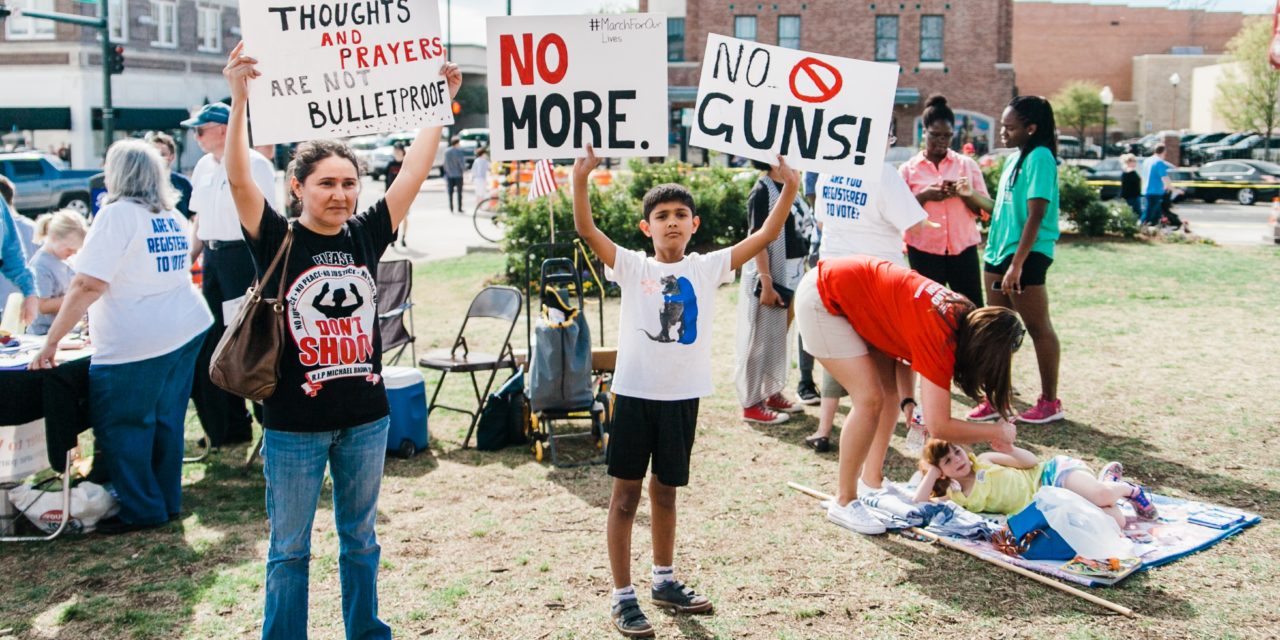 As guns proliferate, cases of mass shootings are happening across America, mental health incidents rise and political discourse has turned sour, the red-flag laws enacted in Colorado more than two years ago appear to be doing the job for which they were intended. That role; to temporarily remove guns from people in a behavioral health situation who might hurt themselves or others.

Colorado is one of 19 states that have passed some version of a “red-flag” law. Even before the Colorado red-flag bill became law, multiple counties in Colorado declared themselves “2nd Amendment sanctuaries,” where protection orders would not be honored.

But more than two years after the passage of Colorado’s red-flag law, many of the sheriffs who adamantly said they would fight the law, have changed their tune. According to a Kaiser Health News analysis, there have been petitions for protection orders filed in 20 of the 37 counties which prior to the law’s passage had declared themselves to be sanctuary counties. The information was assembled by Kaiser Health News through county-by-county public records requests.

Other rural counties such as Chaffee rejected that 2nd Amendment status. Here, Chaffee County Sheriff John Spezze made a recommendation that Chaffee become a sanctuary county. But when that request was rejected by the Chaffee Board of County Commissioners, during a packed public hearing in 2019, the Chaffee BoCC and Sheriff sent a letter to Governor Jared Polis, outlining their concerns with the bill.

At the time Spezze said “The idea behind it is good, but from a sheriff’s standpoint, it has some serious issues and with no funding for mental health care and $119,000 for legal assistance – the commissioners are in a tough spot here. I’m for sending a message in some form that says ‘we need to fix this bill.’ From my professional standpoint, give them the chance to make a good decision based on what this law is.”

Since then, the red-flag law has been put to work preventing injury and death in this state. Who is filing the petitions? That is also news: often the petitions have been sought by the very sheriffs who had denounced the law.

The rural examples are growing: According to the Kaiser Health News analysis, in rural counties from Dolores County on the western edge of Colorado bordering Utah, to Weld county (where it is the police departments who have requested them with the sheriff still refusing to) to Alamosa County, red-flag protective orders have been issued and they have worked.

Nationwide, it appears the red-flag laws are working. Duke University researchers found that one death is prevented for every 10 gun removals. An analysis from the University of Indianapolis found similar reductions in suicide rates after red-flag laws were passed in Connecticut and Indiana.

Researchers with the Injury & Violence Prevention Center at the Colorado School of Public Health, did an analysis that found that in the first year of the Colorado red-flag law, 85 percent of protection orders granted by judges had been filed by law enforcement.

In Douglas County, Sheriff Tony Spurlock was previously one of the most vocal critics of the Colorado law. But in the first year the law was in effect, his office filed four red-flag protective orders.

Speaking to Colorado Politics Spurlock said, “Most of the time when we have people who have extreme mental health crises, unfortunately, there’s an outcome of either suicide or homicide. The four cases that we’ve done, all four of those individuals are alive today and are productive members of our society and are working toward a healthier life.”

Are reported in KHN (Kaiser Health News) Spurlock said many sheriffs still refuse to make use of a law that’s saved lives. He said he has asked some of them pointed questions about what it means to be a Second Amendment sanctuary, such as whether armed robbers and rapists are entitled to guns.

“Then they get pissed at me,” Spurlock said. “My number of friends is dwindling.”