June 24, the Comanche Theatre will host the Walden Chamber Music Society’s highlights from their year of virtual concerts. The highlights will be shown via the big screen with composers represented including Beethoven, Dvorak, Schubert, Mozart and more.

The tailgate begins at 7:30 p.m. and the concert will begin at 9:00 p.m. Tickets cost $20 per car. A bonus feature will be a short, award-winning film by Matt Diekman after the concert. 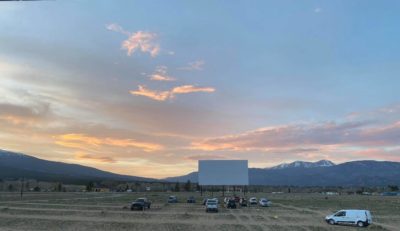 Image of Comanche Drive-in Theatre at dusk courtesy of Facebook.