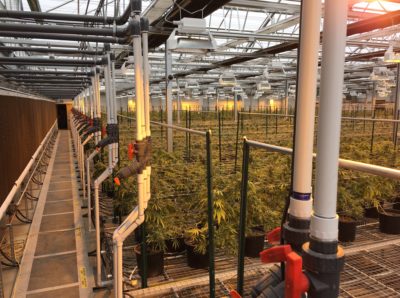 They began by approving the change of the retail ownership structure for Antero Sciences, a licensed retail marijuana optional premises cultivation facility; the slight percentage changes in ownership would drop two of the existing five partners. From there, they unanimously approved the renewal of a recreational marijuana cultivation license from Berlin International, doing business as Pure Greens and V Oil.

The strategically-ordered steps, as outlined in the staff report, removes the name “Berlin” (the original investor) from the operation. Berlin had nothing to do with the product licenses for PG Grow II. The steps by the operational structure are being done in concert with similar steps being taken at the Colorado state level to adjust the ownership structure.

Commissioners were careful to clarify that the ownership changes they were approving are well within the county’s set limit on the number of retail marijuana permits; which remains at six total. The limits were initial set to allow the county time to create a more comprehensive oversight structure. The county has never reached that number of permits.