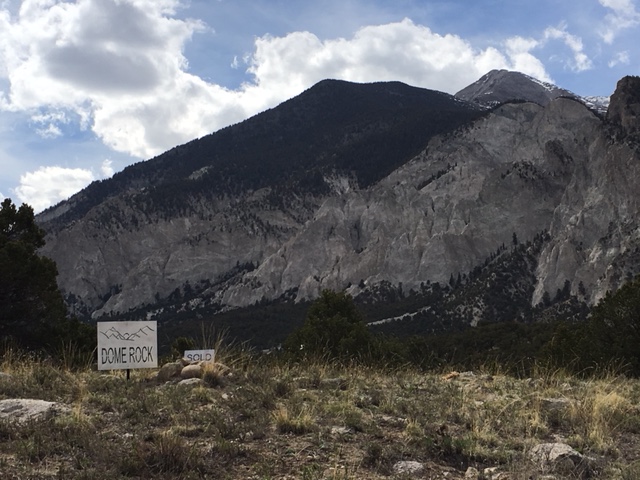 Property and land use topics consumed much of the May 1 Chaffee County Commissioners meeting, including resolution 2018-32, approving the final plat for the Broadview Rural Open Space Incentive project.

The plat of the proposed subdivision will divide 194.3 acres along CR 289 in Nathrop, south of the ridge behind Mt. Princeton Hot Springs, into 21 lots, each a minimum of two acres. The ROSI will be completed in two phases. The first phase will be lots 1 through 9 and lots 20 and 21. Phase two will be lots 10 through 19. No sales of phase two lots can be done until phase one is complete.

Commissioners initially reviewed the Broadview Rural Open Space Incentive proposal at their April 22 meeting. The lots will surround a rural open space area. The plan includes preserving critical wildlife habitat and river and stream corridors to Chalk Creek. Plat notes include the stipulation that any fencing meet the requirements of “wildlife friendly,” that bear-proof trash containers be used, and there be no fencing around the  lot perimeters.

As a condition of their resolution, commissioners required not just conditions on the plat notes for Broadview Rural Open Space Incentive, but that the letter from Colorado Parks and Wildlife be referenced, so the stipulations would remain, even if at some point in the future the plat were changed. Commissioners noted they are beginning to see more major subdivision proposals, prompting them to consider ways to make their requirements live beyond plat notes.

“It’s a reasonable request, these HOA rules can be changed,” said Commissioner Greg Felt. “I’m convince the developer wants it this way, but he may be out of the picture at some point. We’re going to have to plan for the future.”

Felt made the motion for Resolution 2018–34, unanimously approved by commissioners, documenting the commissioner’s April decision to adopt three amendments to the county’s land use code. Those amendments include appeals of administrative interpretation, Section 4.5.2: which will read: “Appeals to the Board of Adjustment shall not be allowed for violations that may be prosecuted pursuant to C.R.S. 30-28-124 (1)(b).”

Changes to a second amendment adds the qualification that commissioners must give prior approval prior to any action being referred to court. A third amendment regarding agricultural subdivision exemptions (allowed only for land currently used for agricultural purposes), would allow division into smaller parcels of at least 35 acres, provided the action was at least 12 months from the date of recording the plat.

The first was a request by Scanga Meat Company and James and Holly Scanga for property located at 9250 and 9746 CR 156, Salida. The adjustment changes the lot shape to a triangle, setting the property line outside the pivot sprinkler pattern on the remainder of the Scanga property.

“It will better preserve the agricultural land. The smaller area is being merged into the larger parcel and the parcel they are keeping is now a triangle,” said Planning Manager Christy Barton. “The house is on Lot 3, which is considered legally nonconforming because it was built in 1974. There are no building envelopes and this is not part of the municipal boundary.”

“My brother and his wife are selling their property and it was time to clean this up,” explained Terry Scanga.

Because there are no roads involved, no resolution was needed and it was approved with a simple, unanimous vote.

A second boundary line adjustment was considered and approved for Ronald Southard and Jay Baker for property located at 27414 CR 319. The action combined two adjacent properties, both zoned industrial. The resulting area expands the size of the Baker property; the bigger lot will remain a residence, and the other will remain vacant. There are no building envelopes, no effect on municipal boundary and no roads involved, so a simple vote sufficed and no resolution was needed.

Commissioners approved a resolution authorizing a third boundary adjustment and plat amendment for D&L Holdings. They had reviewed the project during their April 17 regular meeting, but due to the involvement of a road dedication issue, a resolution was required.