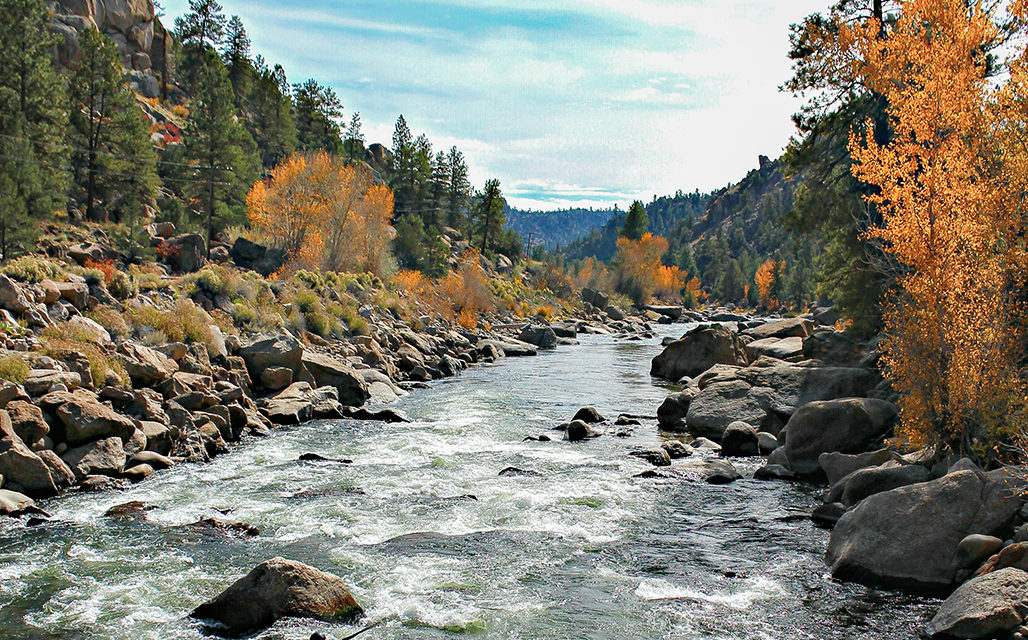 There’s a chance – advocates say it’s a real one – for new wilderness designation in Colorado, depending on how the House and Senate reconcile their versions of the National Defense Authorization Act (NDAA). That dialogue could take place as soon as this week.

Browns Canyon is included in proposed designations, which would place more than 660,000 acres in 36 areas into Wilderness — the highest level of protection on federal lands. In 2015, 21,586 acres of canyon, river and forest areas were named as Browns Canyon National Monument.

While the canyon is known internationally as a rafting hotspot, it’s also significant for paleo-climatological research. Changes in climate and other events have put a lens on a variety of endemic plant life such as, Brandegee’s buckwheat, Fendler’s Townsend-daisy, Fendler’s cloak-fern, Livermore fiddle-leaf, and Front Range alumroot.

Organizations backing the new designations are asking Colorado residents to get in touch with their elected officials immediately if they support the Colorado Wilderness Act as well as the Colorado Outdoors Recreation and Economy Act.

Despite being introduced in every Congress since 1999, the Colorado Wilderness Act had never been called up for consideration until now.

On July 10, 2019 the U.S. House Committee on Natural Resources held a hearing to consider the legislation. It was the first time that the Colorado Wilderness Act had been formally considered by any committee in Congress.

On Nov. 20, 2019, four months after that hearing, the House Committee on Natural Resources voted to approve the legislation by a party-line vote of 21-13.

DeGette and Rep. Doug Lamborn were selected to the House Conference Committee and will help determine if Colorado’s public lands will remain in the NDAA.

Lamborn has said that he has philosophical differences on whether wilderness designation truly allows the public to use land and that it can be overly restrictive.

“Especially as we see more recreation, this bill would essentially keep these wild places protected permanently,” he added.

Other areas among the 36 proposed sites are Table Mountain in Bighorn Sheep Canyon in Fremont County; Little Book Cliffs on the Colorado Plateau; Grape Creek, which flows into the Wet Mountain Valley; Castle Peak; and Beaver Creek in the Pikes Peak Massif area.