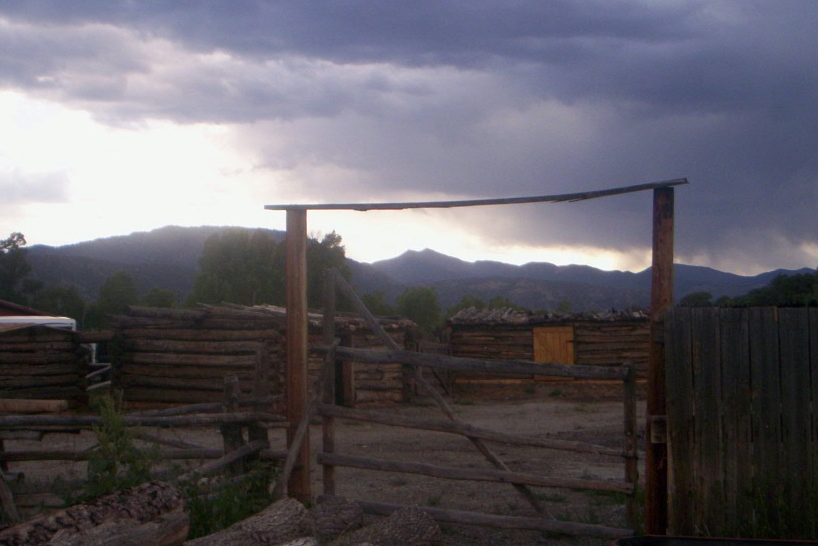 The Chaffee Board of County Commissioners (BoCC) unanimously rejected the appeal of the developer of Larks Perch for a proposed high-end development in the steep hills above Poncha Springs, off Hutchinson Lane. Instead, they told developer Walt Harder that if he wishes to proceed, that he can reapply and that they were willing that application fees would be waived, in recognition of the process through which the application had already gone.

“I want this to go back to the Planning Commission,” said Commissioner Greg Felt at least three times during the drawn-out discussion. “That’s where it belongs. We’re trying too hard, honestly.”

Harder and his lawyers had been insistent during the two-and-a-half-hour public hearing at the Chaffee County Fairgrounds, (the county’s first in-person hearing since last March due to the COVID-19 pandemic) that they simply wanted the BoCC to return the Larks Perch application back to the Planning Commission preliminary plan phase where it had been. Their premise; that additional engineering information regarding the possibility of debris flows following extreme weather or fire events had not been viewed by the Planning Commission prior to their decision.

“We are looking to be reinserted back into the process at the planning phase … we don’t have an issue meeting the conditions and requirements they placed on us, we just want back in,” said Walt Harder. “We believe the fear of this debris flow got inserted and it wasn’t balanced by the engineering facts. Even [Chaffee Engineer] Gary Greiner agreed with our engineering stats.”

The BoCC was equally insistent that Chaffee Land Use Code and statutes do not allow for that action and reminded the applicant that the information they were using as justification was delivered in June 2020, and the application was denied in May 2020.

“Under our Land Use Code, with this kind of preliminary plan appeal the BoCC can make a decision to uphold, modify or reverse the decision,” said Chaffe Assistant Attorney Daniel Tom. “A reverse would mean approve it. We can’t just send it back.”

“The reason I seconded you was I agree with you – I believe we have to get it back to the planning commission and maintain the integrity in the process,” said Commissioner Keith Baker. “I have concerns about the project and want to be assured that the science of this is correct. The cleanest thing to do is to uphold the [Planning Commission] denial and re-initiate the process, waive the fees, and expedite it to the extent we can.”

To actually waive fees and allow the process to be expedited, “we need to leave it to staff to determine what is submitted in a new application is not substantially different, than the application that had gotten to the Planning Commission,” added Felt.

The preliminary plan for the proposed development of 11 homes spread across land, with three drainage areas was rejected by the Chaffee Planning Commission in May 2020. An immediate appeal was filed with the BoCC to review the decision. The appeal hearing was postponed several times because the applicant said they wanted an in-person hearing and until now, the COVID-19 pandemic situation has prevented in-person hearings.

The public hearing included comments by Kirby Perschbacher and Art Hutchinson, both having long experience with the geologic features of the area.

“We are the [Hutchinson] ranch below this place on the north and east. Anything that happens up there after you destabilize soils – mother nature laughs last,” said Hutchinson. “We’ve seen many debris flows up there and they won’t be the last ones. We’re going to be the other one injured if a debris incident happens because we’re below … my daughter and grandchildren run that ranch. We did a conservation easement to protect it and the view corridors in this valley.”

Asked by Felt how often he had seen flash flooding out of that steep terrain, Hutchinson said that a major incident had occurred around every ten years. He added that once soils are destabilized and septics and wells go in “You’ve got 11-12 straws into the ground. Somewhere that water used to go to the South Arkansas and we’d be changing the ecosystem up there. It’s not a good place to put a house.”

“I’ve been a builder 50 years now, and there is probably no place in the county more hazardous to build on than this site except for the bottom of Ute Trail,” said Kirby Perschbacher. “At some point the reality of fire is real…. this is a hazard site. Think about flooding. There have been three 1,000 year floods on the Mississippi in the past 15 years – you can do a heck of a lot of engineering, but it doesn’t change the results. You’re going to destabilize the soils, and they aren’t going to move in a predictable manner that can be solved by engineering.”

Featured image: a view toward the area of the proposed Larks Perch development from the corrals of the Hutchinson Ranch Homestead. Image courtesy of  Tour America.