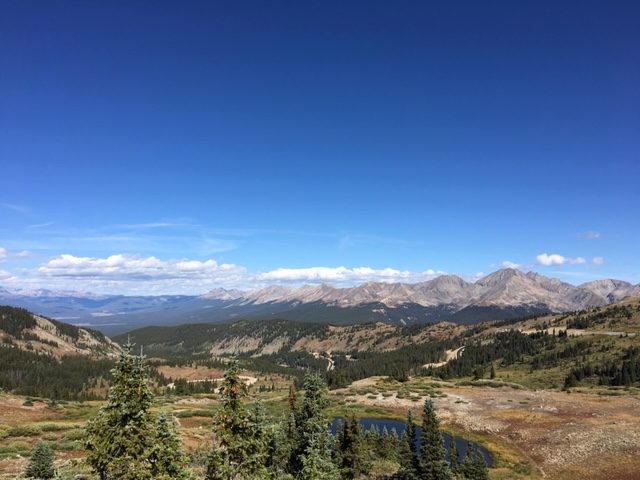 It’s yet another sign that the Arkansas River Valley is moving into the summer season. Cottonwood Pass opened for summer, 2020 on Wednesday May 27. When open, the pass can be accessed from Buena Vista on the east side by following Chaffee County Road 306 into Gunnison County, and from Gunnison County on the west side via Gunnison County Road 209.

The pass through the Sawatch Mountain Range is normally closed seasonally due to heavy snowfall. Snow typically begins falling in October, and snowplows usually manage to reopen it sometime in May.

The road crosses Cottonwood Pass at an elevation of  12,119 ft (3,694 m). The area surrounding the pass is mostly forest, with the San Isabel National Forest to the east and the Gunnison National Forest to the west. The Colorado Trail meanders over the pass at the highest point, offering spectacular views across the saddle of the Continental Divide, right at the pass. 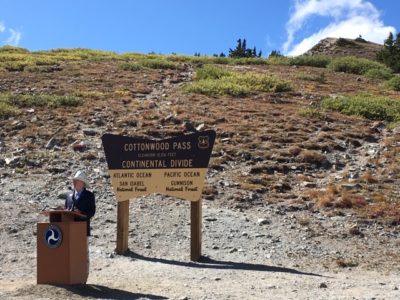 Over nearly the past two years, the road has been closed from both the west side in Gunnison County and the east side in Chaffee County to improve the roadway, strengthen grades and pave the road.

The two major construction projects were funded by federal monies which rebuilt the pass and repaired dangerous grades. Construction was completed last September, and the pass reopened with great fanfare, just ahead of the coming of winter.