Several items with some history of public county debate are on the Board of Chaffee County Commissioner’s January discussion agendas. Commissioners are now scheduled for a Jan. 21 public hearing to consider the renewal of the permit under which Nestlé Water (NWNA) has operated in Chaffee County since 2009.

The hearing will be in Buena Vista, tentatively scheduled at the Buena Vista Community Center. The meeting date appeared as a surprise to some commissioners, who had thought they would be preparing for an April 2020 public hearing.

“I thought we were still doing it in April,” said Commissioner Greg Felt, who reminded those assembled for the Dec. 9 work session that the county has seen a lot of new people move into the valley in the past ten years who may feel strongly about the topic. He added that there might be more educational work that needs to be done for the public to be informed. “Concerns that were addressed 10 years ago, may not be totally appeased, but addressed.”

The renewal initially came up for review in Oct. 2019, but had to be postponed due to the fact that the county failed to follow the state’s process for the renewal of a Colorado 1041 permit, which requires at least a 30 day notice of public hearing. On Oct. 16, Nestlé Water was given a six month extension on their permit, to April 2020. For more about the Oct. session, follow this link:

Chaffee County Attorney, Jenny Davis, who was the attorney on the permitting process ten years ago, said that the earlier, January date was requested by Nestlé.

“We need to make sure everyone understands that there is a limit to what you as commissioners can look at,” said Davis. “[there are] people raising issues with Nestlé as a company, that aren’t part of our current regs [regulations] that we can address … say concerns about the bottled water industry that you can’t look at with our regs.”

She went on to say that during the original permitting process, “It was pretty emotional with Nestlé.”

Davis offered to do a legal memo summarizing the interpretations at the time of the 2009 permitting, and confirming that she has received legal advice that any renewal would warrant a new hearing. “The bottom line is this is within the board’s discretion – about how much you want to look at when you are deciding whether to grant a renewal. You can interpret based on past compliance.”

Davis and Director of Development Services Dan Swallow both pointed out that the company has been, and continues to be, in compliance with all county and state regulations. “This is what Nestle is concerned about – they have asked ‘why are we having this hearing if we are in compliance?’ Yes, they have complied with these conditions, but the public could still provide input,” said Davis.

Outfitting definition: Commissioners will discuss an amendment to the definition of Outfitting Facility (covered in Article 15 of the Land Use Code-LUC) on Jan. 28, 2020 in joint session with the Planning Commission. It was discussed at the joint work session on Nov. 26, 2019, following a months-long process of discussion over the county’s lack of an outfitting definition, and a proposed citizen amendment that would have seen the county adopting the state’s definition. This topic had been originally continued to the Dec. 9 joint session. 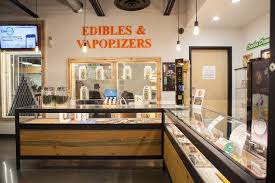 This item was heard by the BoCC on March 12, 2019 and continued to a joint work session with the Planning Commission held on May 8, 2019 at which time all commissioners agreed that public input on this topic should be taken. Initial public input commenced with a short survey distributed at the Chaffee Comprehensive Plan kickoff in July.