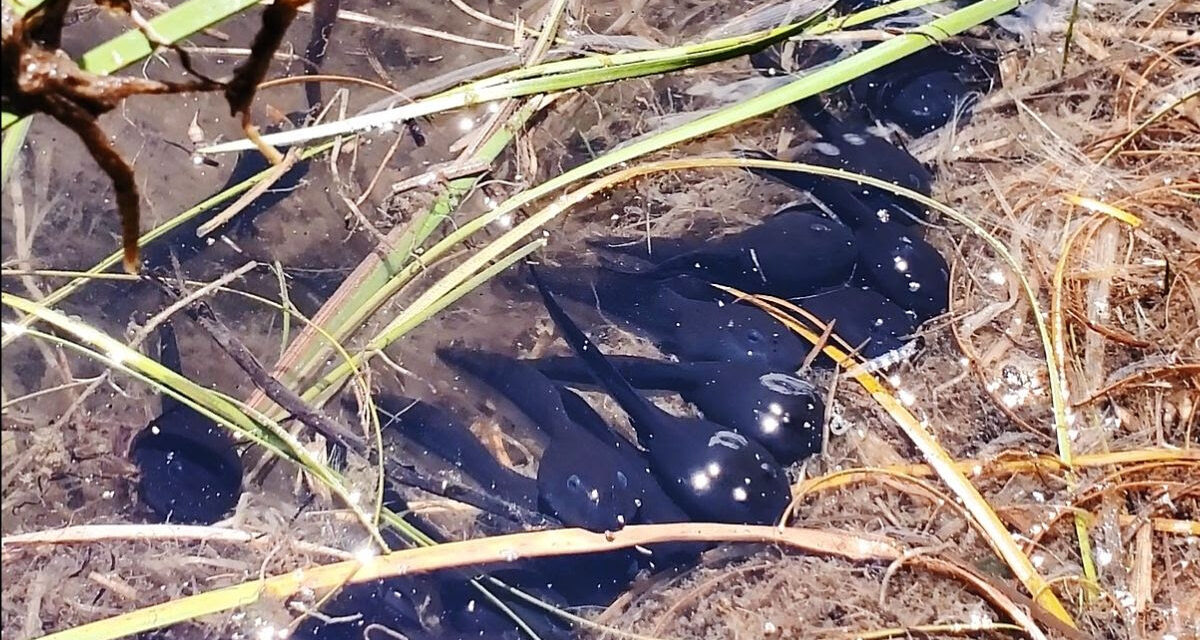 Colorado Parks and Wildlife (CPW) biologists, staff, and volunteers are certainly dedicated to their jobs – and to protecting endangered species.

In late July, 20 members of the Arkansas Basin Boreal Toad Team carried 100 boreal toad tadpoles in 30-pound bags of water three and a half miles to an alpine wetland outside of Leadville called Titan Lake. They released 1,800 of the squirming boreal tadpoles in an effort to recover the state-endangered species. 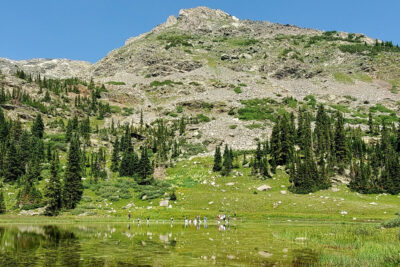 The Arkansas Basin Boreal Toad team is an interagency workgroup made up of representatives from the Bureau of Land Management, U.S. Forest Service, and the Colorado Natural Heritage Program. This interagency team focuses on the recovery of the toad in the Arkansas River basin.

According to a CPW press release, “Boreal toads once thrived in Colorado high country wetlands, but their numbers have been crashing due to a deadly “chytrid” skin fungus that is threatening amphibians worldwide.” This local effort was one of several high-altitude, tadpole stocking operations CPW is carrying out around the state.

CPW native aquatic species biologist and Boreal Toad specialist Paul Foutz said the efforts are intended to create new healthy populations. “The deadly chytrid fungus and other impacts to their natural habitat is causing this species to decline dramatically, and we’re doing everything we can to preserve them,” said Foutz.

“We have just a few robust populations left on the landscape. They’ve been declining in recent decades. This is the first translocation in Lake County. We’re hoping the tadpoles we released today will survive and thrive, and in a few weeks metamorph into land-dwelling toadlets. We’ll continue to monitor this new population along with existing populations around the state in our effort to maintain boreal toads across the Colorado landscape for generations to come.” said Foutz.

Colorado Parks and Wildlife is primarily funded through hunting and fishing licenses and parks passes.