The Colorado Parks and Wildlife Commission (CPW) is hosting a wolf introduction planning workshop from 9:00 a.m. to 12:00 noon Wednesday, Feb. 24. The meeting is one of several public discussions in the works in response to the passage of Proposition 114 in November, in which Colorado voters said yes to the reintroduction of gray wolves in the state. 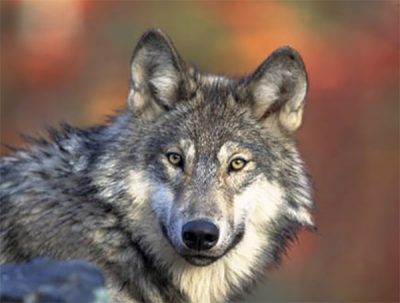 The emotionally-charged measure, which passed by 50.91 to 49.09 percent, now requires the CPW Commission to develop a plan, which includes public involvement, to restore and manage wolves on designated lands west of the Continental Divide. The plan must be complete by Dec. 31, 2023.

Wolf advocates are hoping to connect the species’ populations from the Arctic south to Mexico, and say the wolf helps balance a variety of ecological factors. Opponents fear attacks and increased stress on livestock, as well as negative impacts on deer and elk populations.

The last known resident wolves lived in Colorado in the 1940s, although there have been recent sightings of a group of wolves crossing from Wyoming into northwest Colorado in 2020.

In Wednesday’s workshop, the group plans to discuss with the public how future Commission educational sessions and public listening sessions will play out.

Among the Commission education sessions, topics include depredation and conflict, wolf management and impacts to ungulates, reintroduction efforts in other states, disease issues, and the timing and duration of the sessions.

The Commission also will discuss how to move ahead with public listening sessions, including the benefits of in-person vs. virtual meetings.

To learn more about wolves and CPW’s role in the introduction, visit the agency’s FAQ page.