Breaking News Update: As of 11 a.m. Wednesday, April 17, the woman whose actions caused the cancellation of school classes for more than 500,000 metro Denver students has been found dead of a self-inflicted gunshot wound near the base of Mt. Evans. The FBI Denver office confirmed the agency responded to the base of Mt. Evans Wednesday morning and in a Tweet just before 11 a.m. said there was no longer a threat to the community from Sol Pais, the 18-year-old woman with a fixation on the Columbine School shooting which occurred in 1999. They said more information would be provided soon.

Most metro Denver areas schools are shut down and 500,000 students are out of school today, Wednesday, April 17, as the Federal Bureau of Investigation (FBI) together with state and local law enforcement officials look for a woman described as “armed and dangerous” who might be planning an attack on area schools. The Miami, Florida woman, 18-year-old Sol Pais, flew into Denver International Airport on Monday night. She was able to buy a pump-action shotgun and ammunition from a Littleton gun shop. 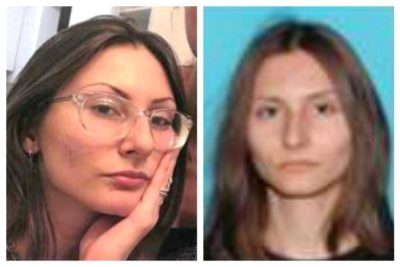 The FBI says that Sol Pais, who has a fixation with the Columbine school shootings is armed and dangerous.

“All schools in the Denver area were urged to tighten security because the threat was deemed “credible and general,” said a spokeswoman for Colorado Department of Public Safety Patricia Billinger.

Concerns Tuesday over her whereabouts caused alerts that put Columbine and more than 20 school districts to go into lockout across the metro Denver area, many alerts coming only 15 minutes before students were due to leave for the day. It caused school districts such as Cherry Creek, Denver and Boulder to cancel after-school activities and increase security at schools. Other districts such as Douglas County locked down and releases weren’t issued until after 7 p.m.

Pais was last seen near Columbine in the Jefferson County foothills outside Denver. She was wearing a black T-shirt, camouflage pants and black boots. Anyone seeing her should call the FBI tip line at 303 630-6227. The FBI says she is too dangerous to be approached by civilians. If spotted by police, the FBI is asking they detain her to evaluate her mental health.

As the 20th anniversary of the Columbine shootings on April 20 approaches, the Jefferson County Sheriff’s office says they have been receiving an increase in threats to their schools.