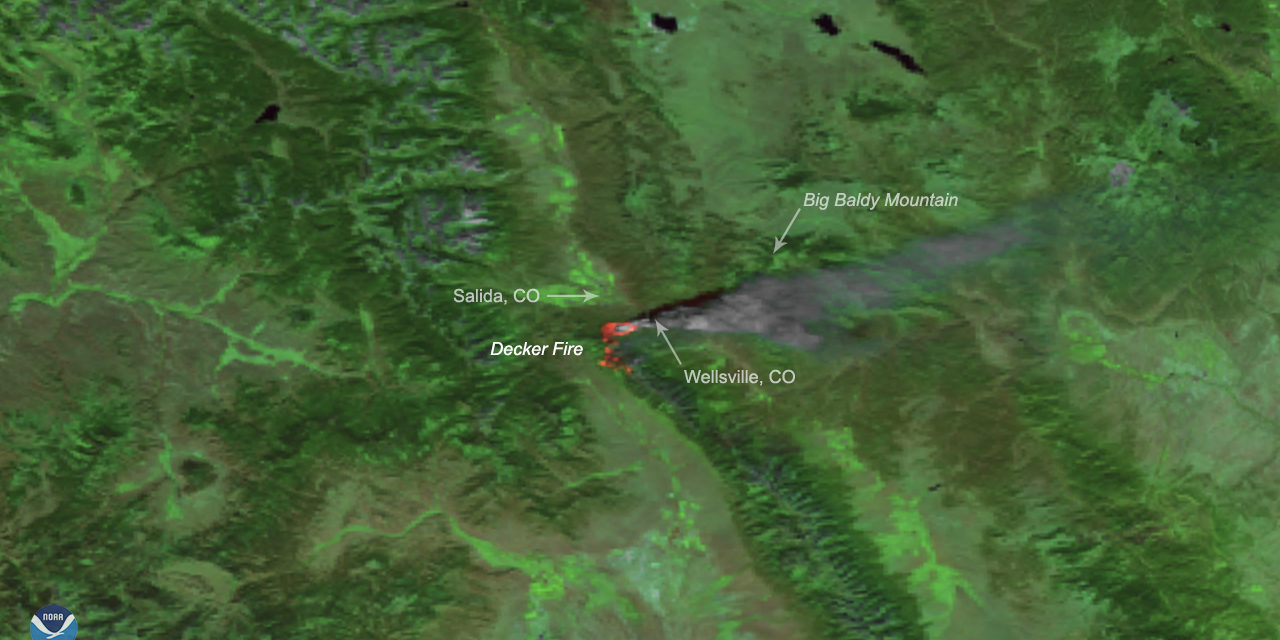 “On Oct. 2, 2019, the Suomi National Polar-Orbiting Partnership (Suomi NPP) satellite zoomed in on the Decker Fire, which began burning nine miles south of Salida on Sept. 8 from a lightning strike. Dry conditions and gusty winds have fueled it…

“This image, from NOAA, was created by combining three of the high resolution thermal and visible channels from the VIIRS sensor onboard Suomi NPP. These channels (known as SVI 4,2,1 RGB) allow us to distinguish different land types and features based on their visual and thermal differences. Areas of land that are hotter in temperature due to an active fire or burn scar appear dark red in the imagery. Smoke appears in shades of gray and white.”