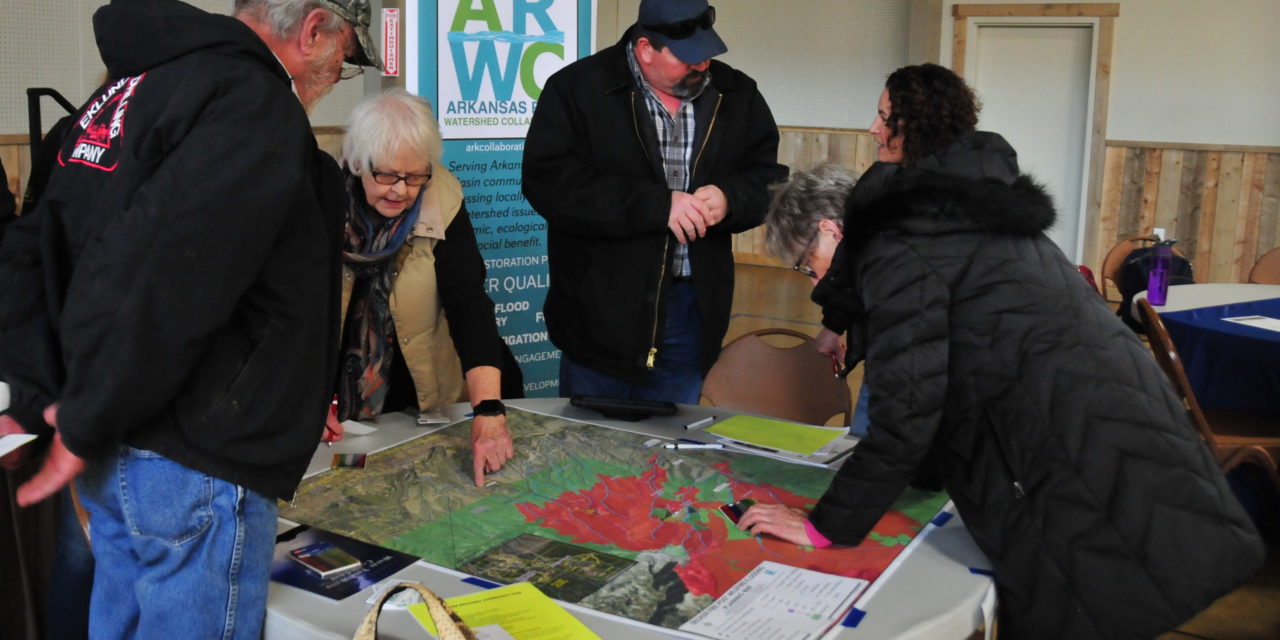 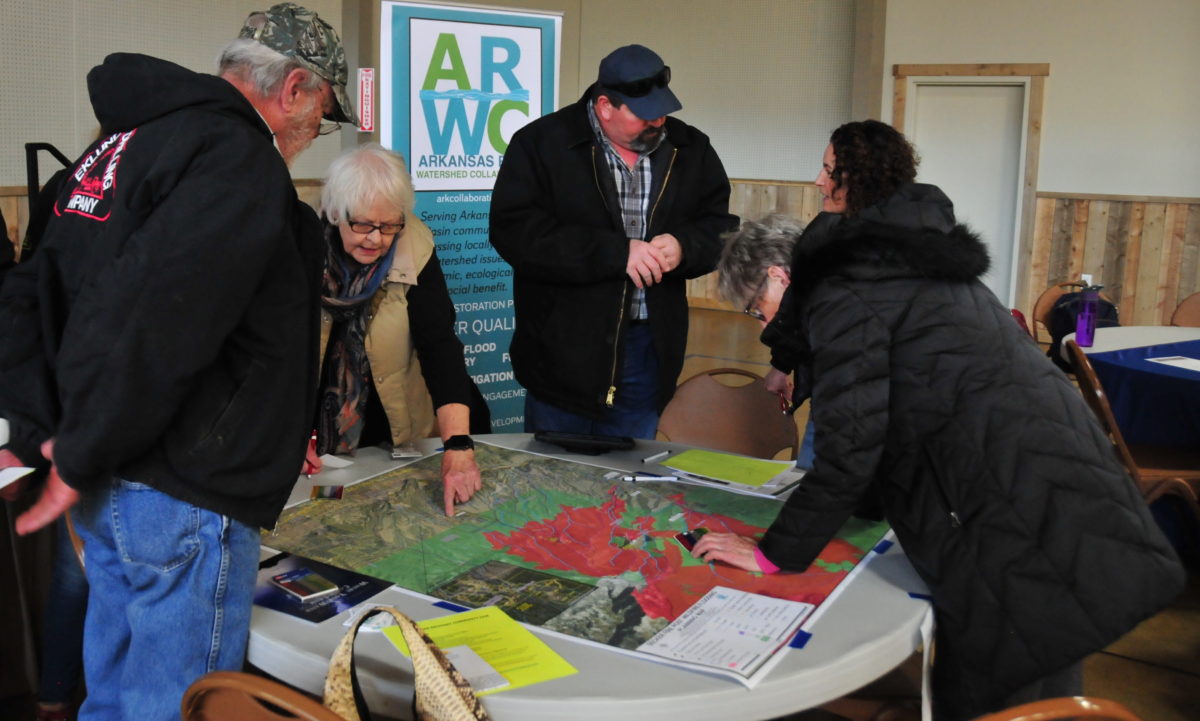 Area residents were invited to meet with city and county leaders and community stakeholders Feb. 29 to learn about dealing with the aftermath of the Decker Fire and future emergency preparedness at the Chaffee County Decker Fire Recovery Community Fair.

The free event at the Chaffee County Fairgrounds brought the resources of several agencies in one location for residents to find information and planning assistance, regardless of whether the Decker Fire impacted them directly.

The unique gathering of so many resources is the result of an effort to plan the future of the area, beginning with the Envision Chaffee County program spearheaded by Central Colorado Conservancy and vital agencies and volunteers. Topics included burn scar mapping, flood insurance, fuels mitigation and much more.

Chaffee County’s Decker Fire Recovery Team, comprised of county and city leadership and community stakeholders, is taking a coordinated approach to protecting the county, municipalities and public and private lands from the catastrophic effects of wildfire.

“I like to always prepare for the worst … in my experience you don’t know when it’s going to come or how it’s going to come, … it’s really hard to predict. So I think the best thing that we can do right now is be prepared as much as possible.”

She said many of the people she talked with at the event told her they’ve already seen some past flooding in certain drainages.

“Our concern here is if we add on that layer of burn it just provides that much more opportunity I guess to increase in magnitude, because it doesn’t have that vegetation to let it soak in; so what we see in other fires is that it rolls off very quickly, it has more force and it grabs all that stuff that burned and you get the debris and the sediment and all that. Do we know how much exactly or when, or how, or where – we don’t.”

She said the Watershed Collaborative members were talking with residents and signing them up for getting help and advice one-on-one and working on being prepared; from getting sandbags if needed, to relocating vehicles on their property, to where to go if their road washes out. The upshot was the better the community prepares together, the better the outcome.

Jamie Billesbach, director of the Central Mountain Small Business Development Center in Chaffee and Lake counties said her organization can help businesses with the state’s disaster preparedness program to help “think about what are the different impacts on your business if a disaster occurs; how you’re going to react to them and how you’re going to recover or if you should recover.,” she said.

Chaffee County Board chairman Greg Felt said from the onset of the Decker Fire, the county and partner stakeholders were working together to put together a comprehensive strategy for the future to prepare for post-fire recovery and eventualities such as monsoon rains affecting the burn scar.

“We’re really trying to marshal all of that interest and concern into kind of a confluence of interest and get everybody on the same page so we can leverage our efforts and stay ahead of this stuff.” said Felt. “This won’t be the last fire/ We’ve had a series over the last five years or so; it’s going to happen again, and the sooner we can do the mitigation on public and private land in a coordinated way, prioritizing where we’re doing treatment for the best effect – that’s the kind of stuff people are looking at … from around the state and around the country and saying ‘wow, they’re getting after it.”