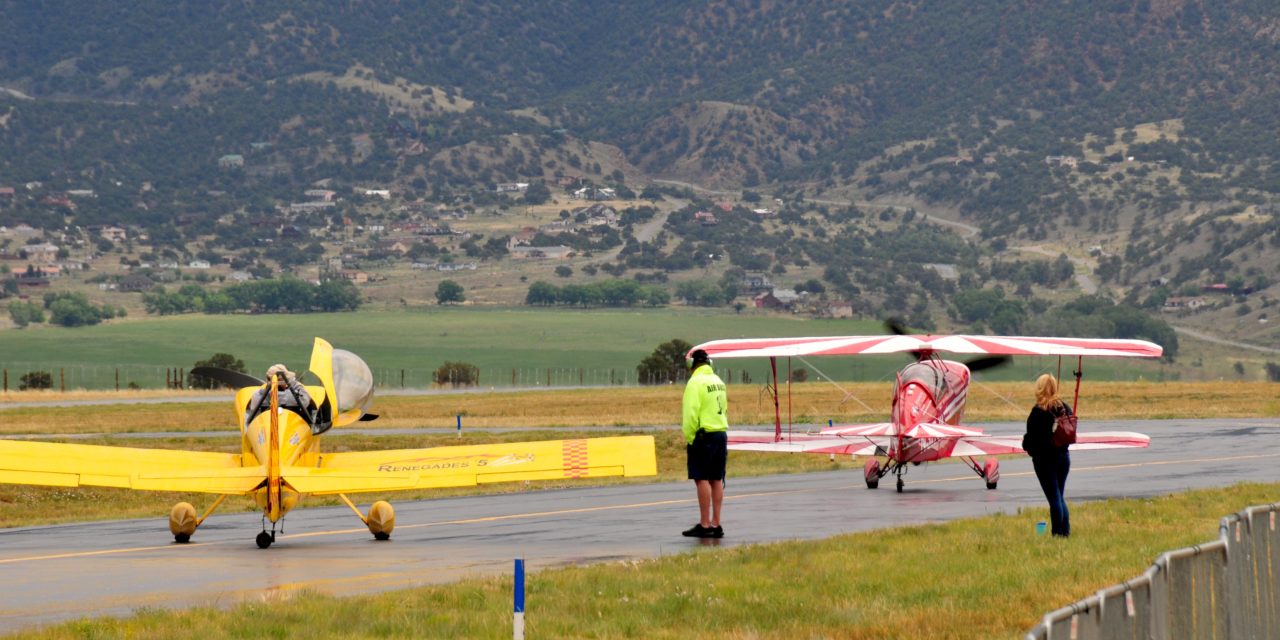 “Wow, that was well worth the wait!”

That, just one reaction from an attendee at the Salida Airport Air Fair, after witnessing some stunning aerobatics over Harriet Alexander Field Saturday afternoon. 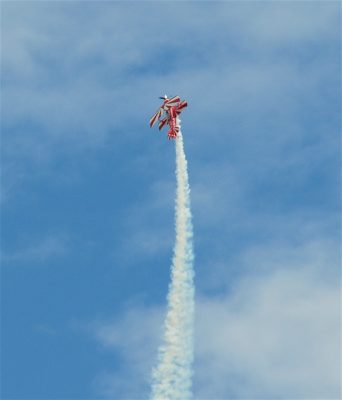 Several hundred people came out the morning of June 26 for the event, only to be greeted by an intermittent drizzle and cool temperatures that threatened to cancel the aerobatics most had come to see.

The wait wasn’t just due to the day’s bad weather. “The wait” included all of 2020, when along with hundreds of other county events, it was canceled due to the COVID-19 pandemic.

After enjoying a pancake breakfast, spectators toured displays of aircraft including a French military Fouga jet, Cessna ‘Bird Dog’ plane utilized in Vietnam and beyond, a gyroplane, drones, and displays including Chaffee County Search and Rescue and more.

The crowd ebbed and flowed as the drizzle continued until Airport Manager Zech Papp saw weather conditions improving. After he conferred with the Air Fair ‘air boss’ it was felt that there would be a welcome window for aerobatic demonstrations.

The crowd experienced some spectacular loops and barrel rolls from the participants, including Don Nelson in his T-6 Texan. 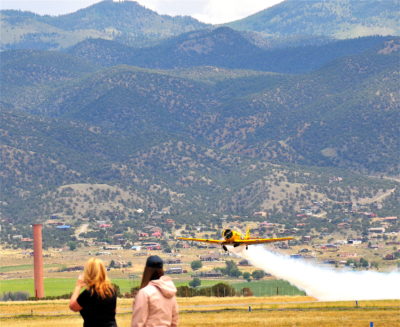 Don Nelson takes off in his T-6 Texan from Salida Airport for aerial maneuvers June 26. The WWII vintage aircraft was a trainer for the P-51 Mustang. Photo by Dan Smith.

The crowd enjoyed the sights and sounds of jaw-dropping pilot skills including dramatic upward spirals, simulated ‘stall and spin’ maneuvers, and powered dives that drew gasps and appreciative applause.

Featured image: Dagmar Kress in her Pitts biplane and Bob Freeman in his Extra 330LX taxi for takeoff at the Salida Airport Air Fair June 26. Photo by Dan Smith.